In early spring, while in the process of deciding whether or not to move to Paris, I came across a quote that resonated with my choice: “There is no growth in the comfort zone and no comfort in the growth zone.” At that point I was snuggled into the comfort zone of my New York City life, 11 years in the making.

I had worked hard for that comfort zone, but at the same time was feeling the itch for something new, and something a little easier than NYC living. A classic grass-is-always-greener millennial dilemma.

So we did it. We moved to France. And now I’m full-on feeling the other side the coin: the growth zone and the lack of comfort that comes with it.

The French course I’ve been taking all August is at the Catholic University of Paris, a fact I can’t forget what with the nuns in my class and monks roaming the campus. It’s a higher level than I was enrolled in for July, and my teacher is quite strict meaning this month has been less feel-good for me with the old French language. It’s also led to some stark realizations as to how quickly my life has changed.

While the United States appeared to be reaching a boiling point over the terrible events in Charlottesville, in Paris I was preparing for my first exposé orale (oral presentation) to give in front of my class in French. We had to choose a custom from our home country that represents our culture, so as the only American in the class I of course chose Thanksgiving.

I’m following the news on Twitter while researching for my exposé. Photos of men with torches marching on the UVA campus, reports of a car driven into a crowd, the ugly aftermath of political reactions — meanwhile I’m also looking up facts about how many turkeys are eaten by Americans each Thanksgiving and translating them. I thought about where I may have been during these protests if I was there covering the story, and it dawned on me in that moment how much my life has changed.

In just the span of two months I’d gone from reporting American breaking news to giving reports on turkeys in French for a class of 12.

I realize this is all part of the process of razing your former life and rebuilding on another continent, and I’m not regretting my decision. But it is a big change and to me the timing underscored the major shift in autonomy I feel over my life here. Without a full-time job, without my family and long-time friends, without the confidence of 10 years mastering New York City, it is tough to re-establish a sense of self. Who am I here in Paris? That’s what I’m still trying to figure out.

While I understood the limitations I would face with language before moving to France, I forgot about the metric system. The last time I forgot about the metric system was during my first Christmas spent with my in-laws. I didn’t realize until after all the presents had been opened that the adorable Russian nesting dolls measuring cups set I bought for my mother-in-law was completely useless to her because they measured cups instead of milliliters. I still haven’t had the nerve to ask her what she did with them.

While I’m spending many hours a day on the French language, I haven’t gotten around to practicing my temperature and measurement conversions. Which means when I go to the produce market, I can ask for a cantaloupe or four apples, but I have no idea how to ask for the amount of cherries or grapes I want. (They don’t let you touch the produce yourself.) So now I just don’t buy certain things because I still have no idea what a gram is. 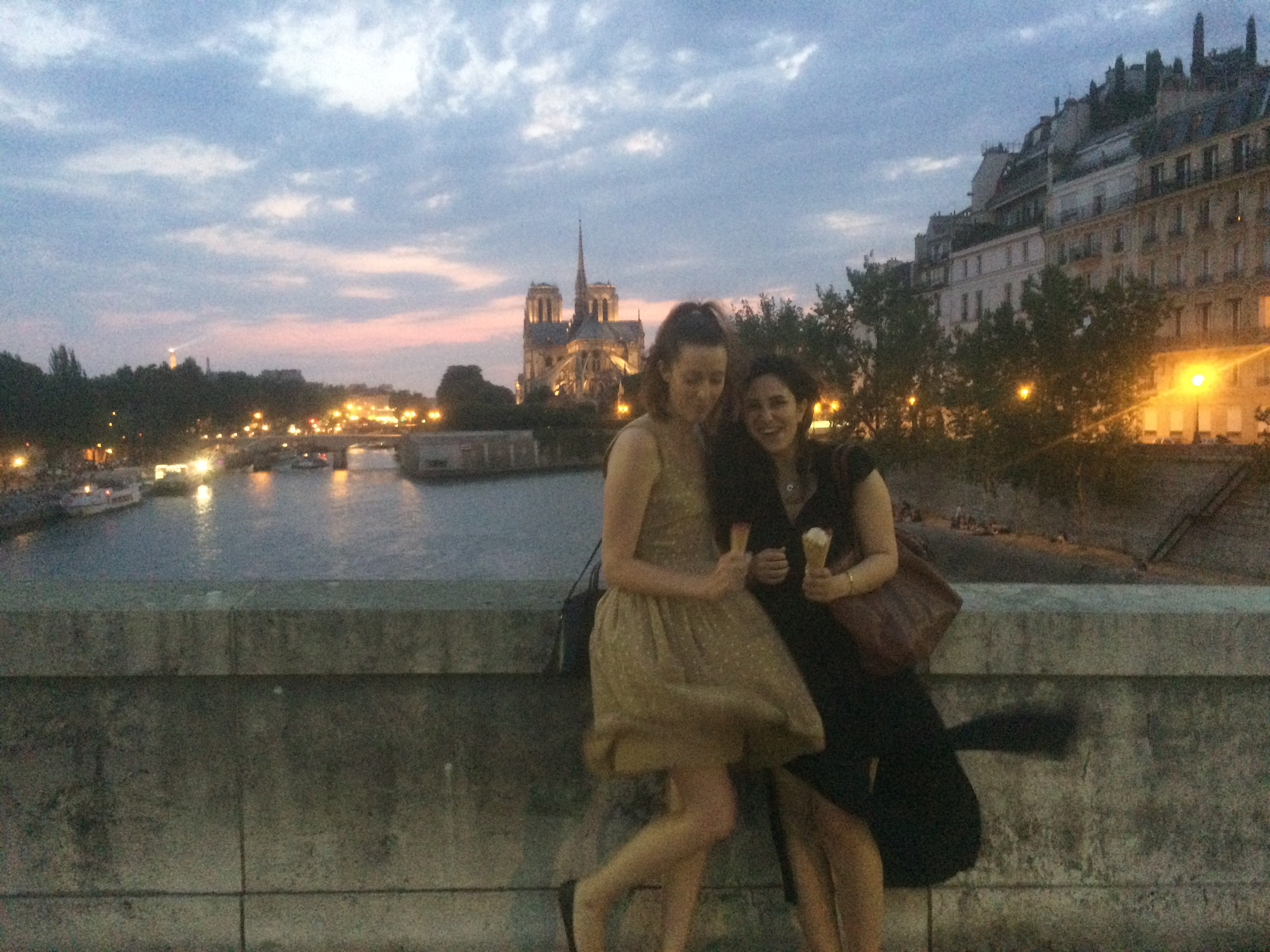 At least I’m not the only one with this type of problem. I was telling a Syrian friend of mine about this over cheesecake, when she shared that during her early stages of learning French (she’s now fluent), she avoided making appointments for Wednesdays at all costs because she couldn’t really pronounce “mercredi.”

Now, I realize you could think I am hating living in France based on my last couple of observations, but that is not the case at all. Just because something is difficult, or out of your comfort zone, doesn’t mean it is bad. The same friend told me yesterday that learning another language is like giving birth. It’s a lot of hard work, and not completely enjoyable, but in the end you have one of the best gifts in life.

Parisians are just people too

Nothing stays brand new for long– not shoes, not love and not a new city. The more French I learn, the more Paris is unlocked for me, the more I’m able to do on my own with confidence. But on the flip side, the more this city loses its big feeling of mystery.

When I couldn’t understand the couple next to me at a cafe, I imagined they were having some deep conversation that was definitely worth spying on if only I could understand their language! Now I realize they are just talking shit about a friend or work issues or some other normal stuff that all couples talk about over coffee. The city is now populated more with regular people I can understand (mostly) instead of fabulous people living secret fantastic lives I wasn’t privy to only because of my language deficiencies.

I know you like scarves, but this is a little excessive

Any French person reading this who can explain why the people of Paris are dressed like it’s November in the middle of summer? 90 degrees outside (32? 33 degrees Celsius?) and women are in tights, men are in sweaters, children in actual puffer jackets.

Are you a cold people? More sensitive to a breeze than us Anglo-Saxons? My husband’s theory is that maybe it’s seen as more polite to sweat in your leather jacket than to expose your summer stink to the rest of the world. I’m not sure about that. Any ideas?

As part of my “integration contract” that I signed at my immigration appointment promising to integrate into French life, I had to spend two days in mandatory civics classes. We new immigrants learned about French history, values, laws and how to navigate daily life in Paris. I wrote up a whole post about the experience, but I thought I’d share some of the more interesting facts I learned:

I finally took advantage of the fact that I’m surrounded by neighboring countries that are easy to discover via train. Thanks to the idea of one of my dear California friends, she and I met in Amsterdam where we went full Dutch and rented biked, drove a boat in the canals, tried various Dutch mystery meats, educated ourselves about Vincent Van Gogh and other when-in-Holland activities. 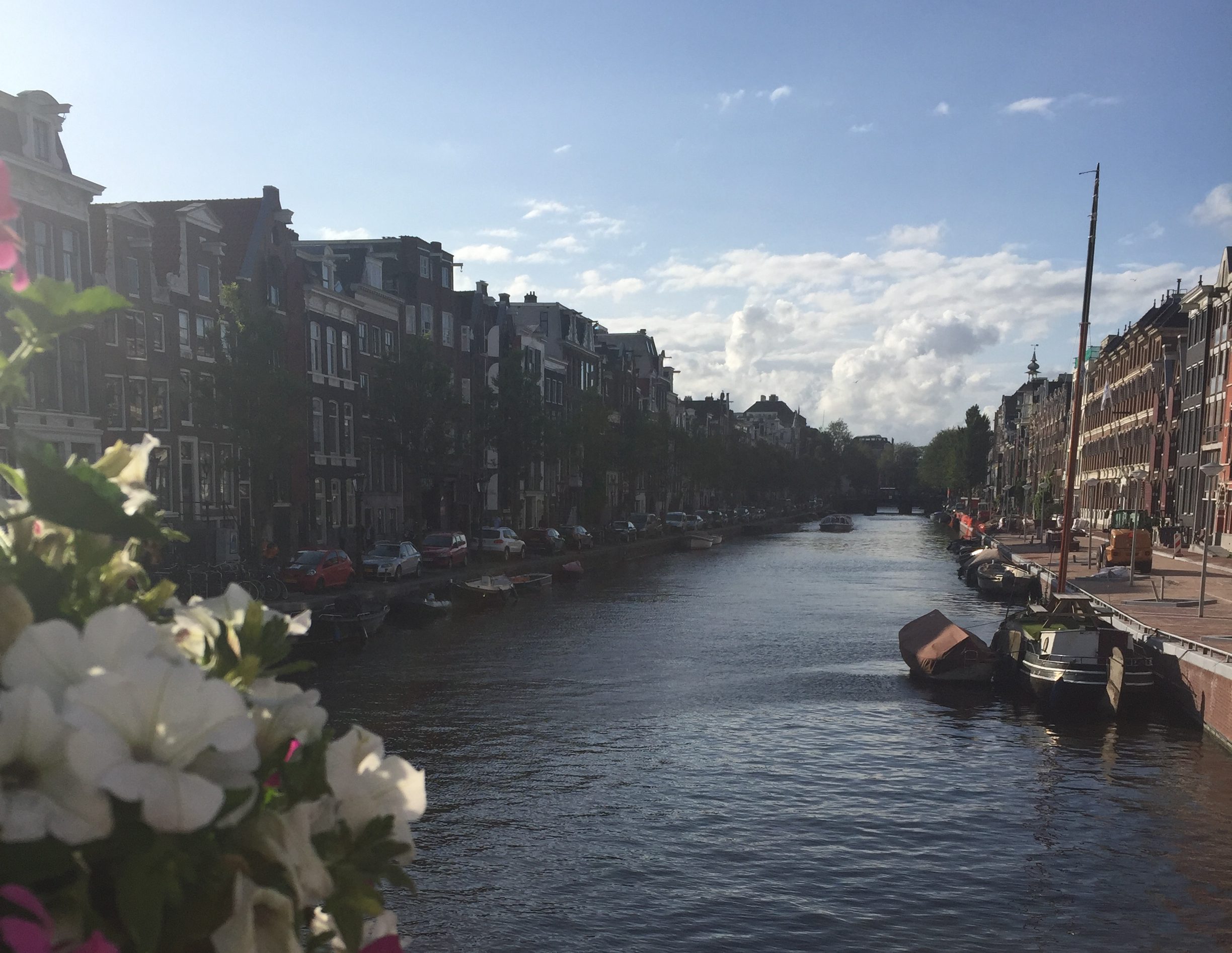 Amsterdam is a great choice for a weekend away, a pleasant 3.5 hour train ride, and I would definitely recommend a visit. 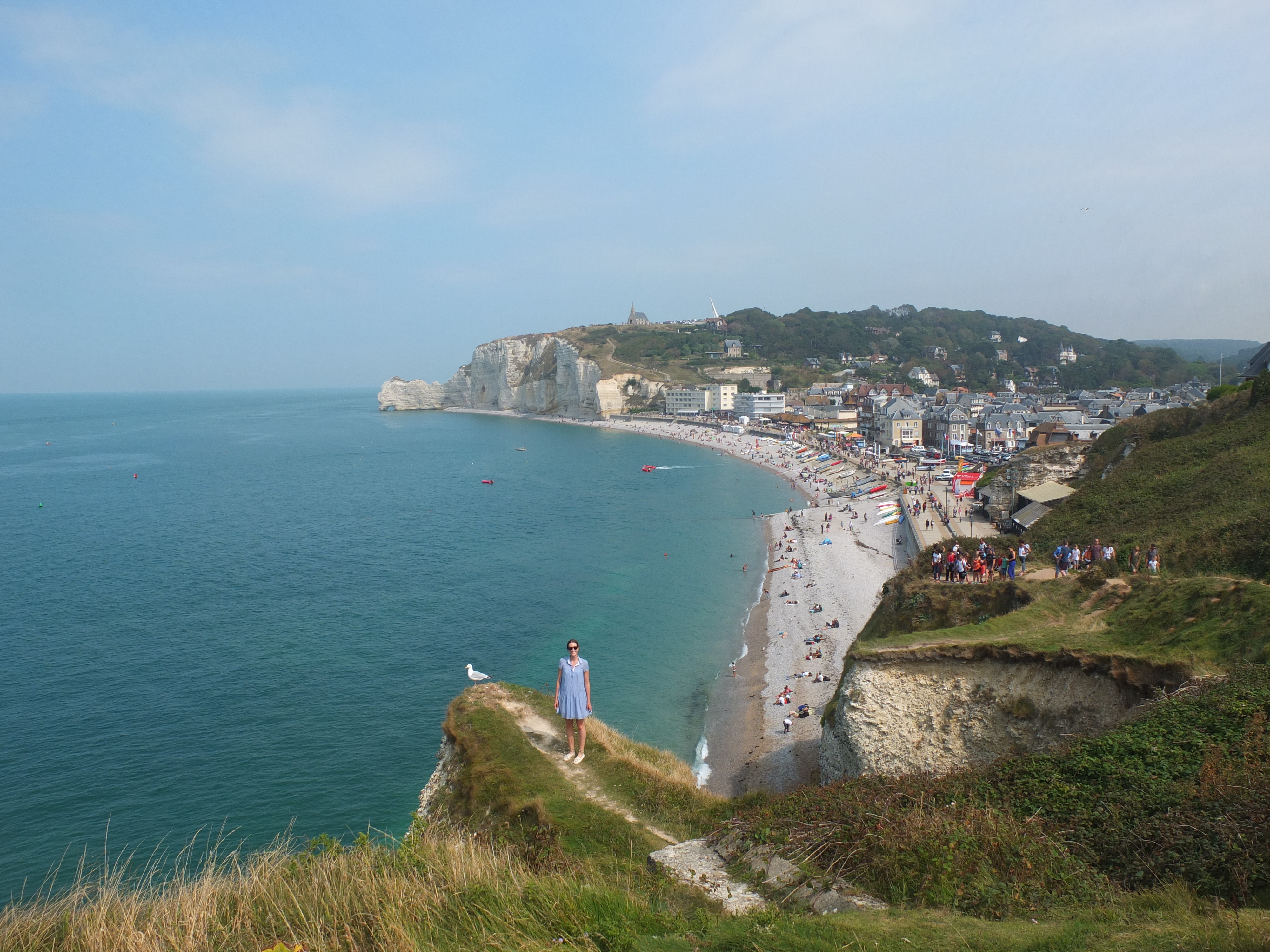 I also took a day trip with the in-laws last weekend to Étretat by the seaside in Normandy to hike the stunning cliffs. You can read more about that trip here: The Cliffs of Étretat.

Coming up next week, September 4th is la rentrée in France. “The return” officially refers to back-to-school time for kids, but has come to mean a restart to life for all French people following summer holidays.

I’m a little in love with this concept which has as much meaning in France as the start of a new year, if not more. It also corresponds with the three-month mark for our move to Paris, and I’m looking forward to resetting my own life here in Paris after a summer full of adjustments and growth.

Back again after summer is over mes amis! xoxo