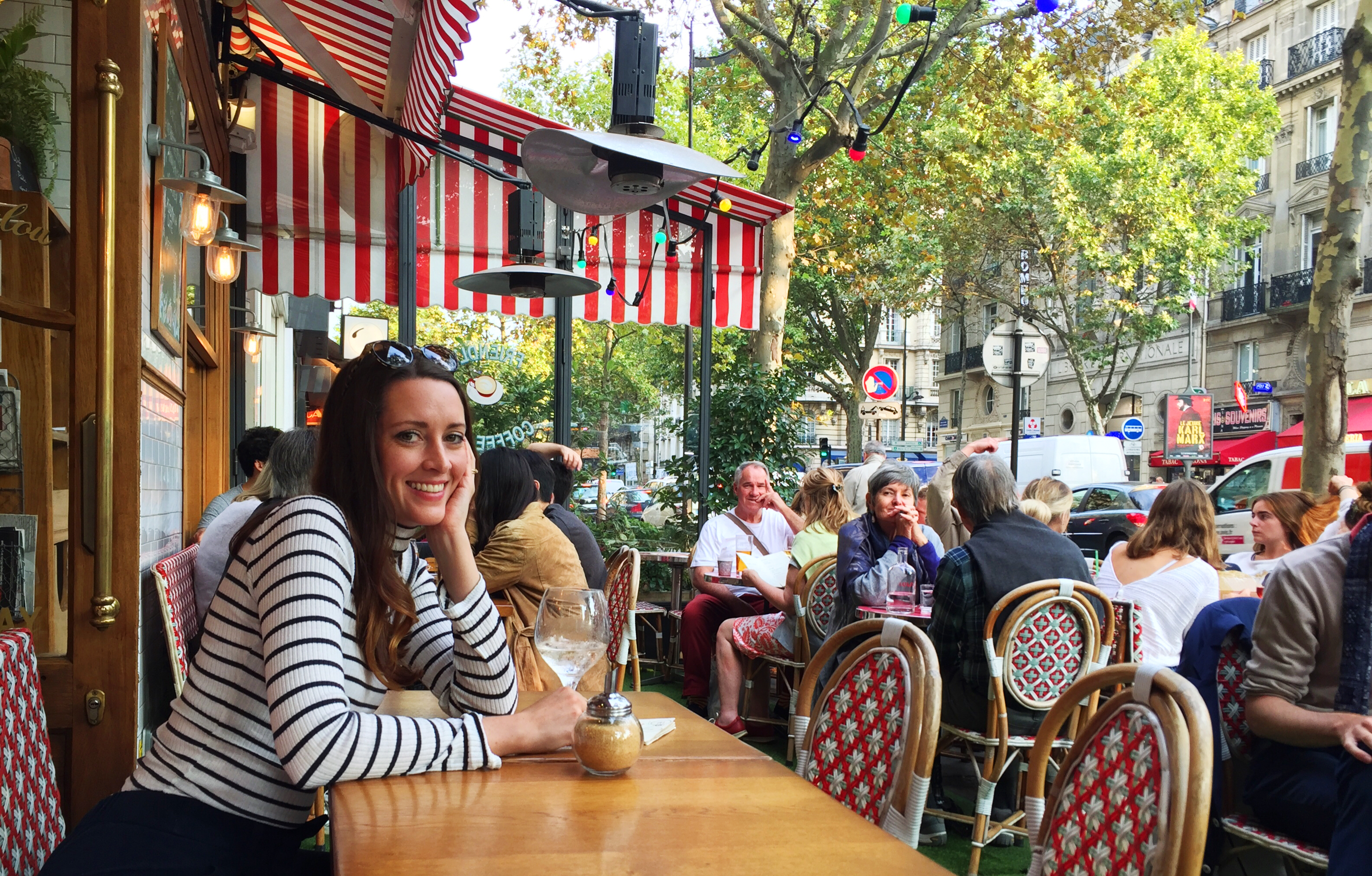 “America is my country and Paris is my hometown.” Though she died more than 70 years ago, these words from Gertrude Stein continue to encapsulate the feelings of many Americans who followed in her footsteps. Increasingly my own as I feel more and more at home in Paris.

My Own Personal “La Rentrée”

September 4th was “la rentrée” in France. “The return” officially marks French children going back to school, but has come to take on a much bigger cultural signification. Following the summer holidays, French people use September to reconnect with friends, jump start personal and work projects, refresh their homes and set goals. Here it may be an even bigger time for self improvement than New Years.

This was my first experience with la rentrée, but I quickly understood this French cultural phenomenon. The first week of September invitations for dinners and winter vacations started coming in, stores were advertising la rentrée specials, the number of diet and exercise ads on TV spiked and Paris had an overall buzz that was definitely missing during the sleepy months of summer.

I decided to seize this energy to jump start a freelance career here in Paris. I spent the summer in intensive French classes and giving myself time to learn more about my new home, but by the time we hit three months in France, I was definitely feeling the itch to get back to work. Seems I have zero chill.

So I’ve been setting up “les rendezvous” (sounds sexy but just means “meetings”), applying for more job opportunities, and pitching my writing to various websites. Pitching is essentially dating but professional, and sometimes just as soul crushing too. You send out emails with your article ideas to various editors at publications, and then wait and hope they like it and write you back. Most of the time you don’t get a response. It can be demoralizing, but it’s part of the process, and my “rentrée” to working life. 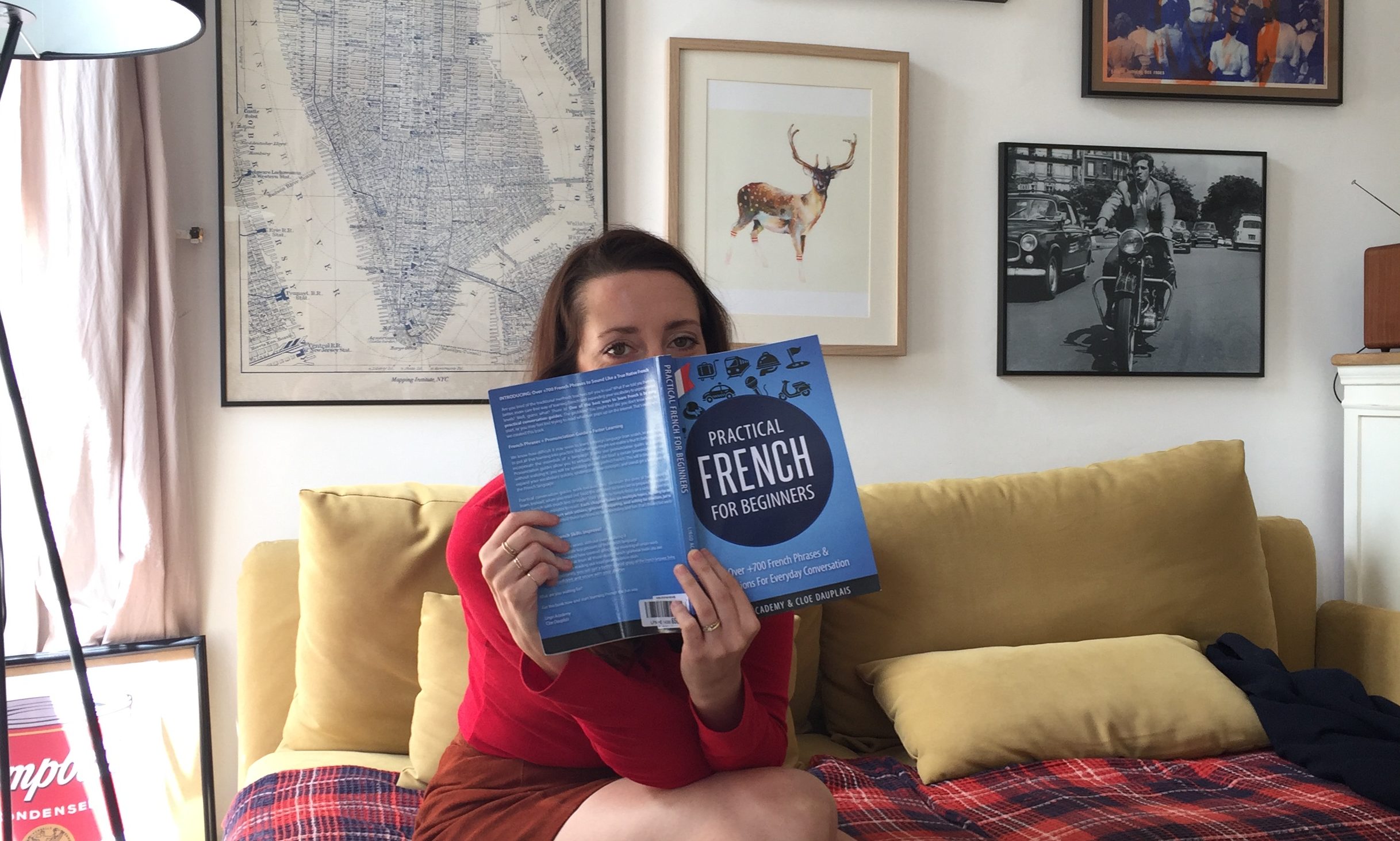 It’s funny the little things you celebrate as huge gains when you move to a new country. And as long as it doesn’t lead to bodily harm or monetary ruin, eventually you can laugh at the losses too. Here are a few incidents that fall into these categories:

Win: Made a restaurant reservation on the phone in French.
This was actually huge for me as I had a fear of not being able to see the face of the person I’m talking to in French since it makes understanding them much harder. (The real win will be if the reservation is there when I arrive at the restaurant hungry later this month.)

Win: Published on a French website for the first time
The Local France found me (and this blog) through Twitter and asked me to do a guest post. A little gain! You can read it here. 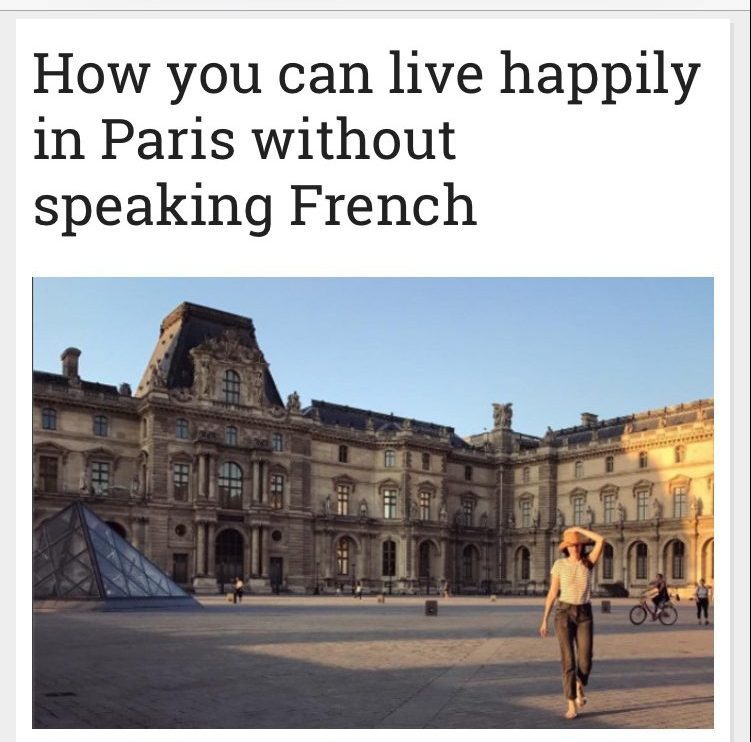 Getting your nails done professionally is still considered a luxury in France and isn’t the cheap commodity it’s become in NYC. It makes me cringe to fork over this kind of cash for a pedicure after indulging in $25 pedicures for over a decade, but c’est la vie here in Paris.

I’ve had French people stop me on the street and ask me for directions a few times. I love this because I must be fooling them into believing I’m 1) a Parisienne and 2) know what I’m doing, neither of which is true. Fake it ’til you make it ladies.

Gotta be honest. Getting lost, learning a new city and speaking like a kindergartner is much harder on your ego in your 30s than your 20s. After a particularly rough day of getting lost and struggling to express myself, I proceeded to burst into tears during the first session at my tutor’s apartment. So embarrassing. But after giving me water she continued on with the lesson like a professional as if I wasn’t blubbering. Merci Caroline. And thankfully, I had the nerve to return for the next session because I finally am starting to enjoy speaking a little.

Anyone who tells you learning a new language is all fun and games is lying. However I will tell you from experience, the gains feel even sweeter after fighting through the tears.

A cheese by any other name… would smell as stinky? 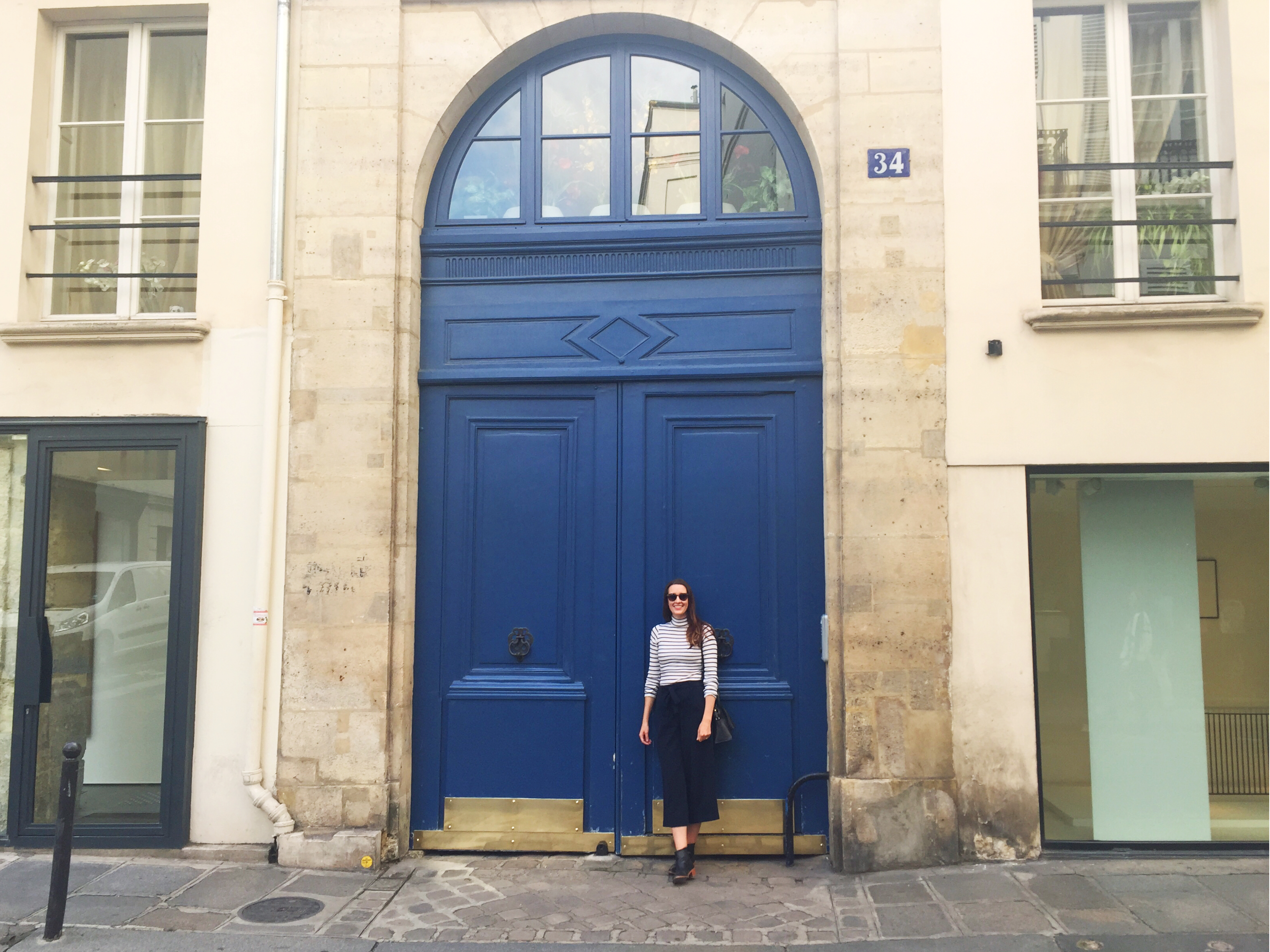 As any married woman in America knows, changing your name in the USA is a major pain in the ass. I didn’t do it. I chose to “keep” James as my last name for professional and personal reasons. I also didn’t like that your “old name” just disappears from your personal identifications as if it never existed.

However, in France my name is now also Charlianne Albert. I get mail from the government, the bank and my schools addressing a Madame Albert. At first when I saw this name printed on paper, it was like looking at a letter for another person. But let me explain why it doesn’t bother me here.

In France a woman has two last names after she gets married– her nom de jeune fille (“young lady’s name” meaning maiden name) and your nom d’usage (“name of use”) or nom de famille (“family name”). 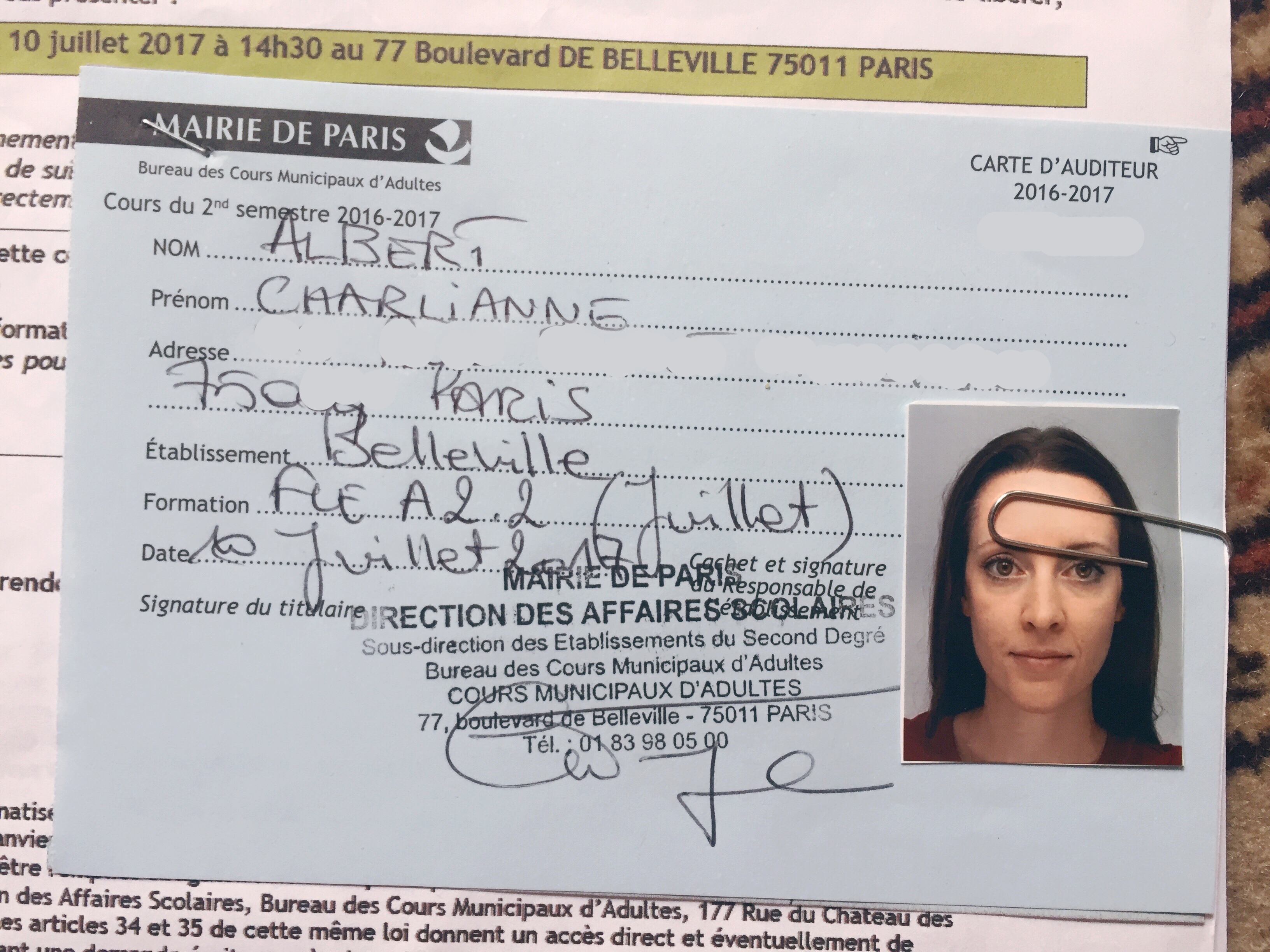 For government purposes, your maiden name continues to be your official name. You will use that name when you go vote for example. On your passport and other official documents, both names will be printed, with your maiden name being the primary last name and your family name on another line. Your family name is there so you and your spouse and kids can use the same last name as you please, but you retain your original identification forever.

A French woman can choose to use either name on airplane tickets. She can use one name at her children’s school and another at work. She can use just one all the time if she prefers. I like this set up because it allows for more choice and flexibility than the American system which is very black and white and still a socially-charged decision.

In Paris, I have no issue being Charlianne Albert. I’m starting to feel like I have a new French identity, or maybe a secret American spy name. Plus it sounds very cute in French. I also know I can be Charlianne James whenever I feel like it too. No need to officially choose.

The gang’s all here

Maybe it’s this time of year and when winter comes around I’ll be lonely, but we’ve had so many friends in town coming for work or pleasure recently. Sometimes it feels like we never left NYC at all.

When American girlfriends visited for work last week, we went and had drinks at Ground Control. It’s an outdoor beer garden of sorts that looks straight out of Brooklyn, and for a moment I forgot I was in France at all.

Sitting at a cafe in Saint Germain with my sister this week and watching the Paris Fashion Week crowd peacock through the streets, we could have just as easily been in NoLita.

Paris and New York are constantly compared and obviously have major differences. But it’s not as hard as you would think to forget what continent you’re on when old friends make everywhere immediately feel like home.

A week ago, a visiting friend and I went to see the famous graves at the Père Lachaise Cemetery in Paris. Every year millions of tourists tour the tombs of Paris’s deceased-celebrity residents, as well as family members paying respects to those buried alongside.

Some make a pilgrimage to the cemetery to pay tribute to their heroes and icons. On the grave of the cartoonist “Tignous” killed in the 2015 Charlie Hebdo attack, mourners leave artist pencils. At Gertrude Stein’s grave visitors pile up pebbles signifying they were there. Jim Morrison is often memorialized with photos, cigarettes and glasses of alcohol.

And at Oscar Wilde’s tomb, fans leave kiss marks and write letters to the author, slipping them under the plexiglass surrounding the grave. We were able to read many of the open letters. Most detailed how Wilde’s work inspired the authors, or got them through tough times. But I wanted to share one in particular that also included an update on the gay rights movement, which the author thought would be of note to Wilde, who was famously imprisoned for being gay. 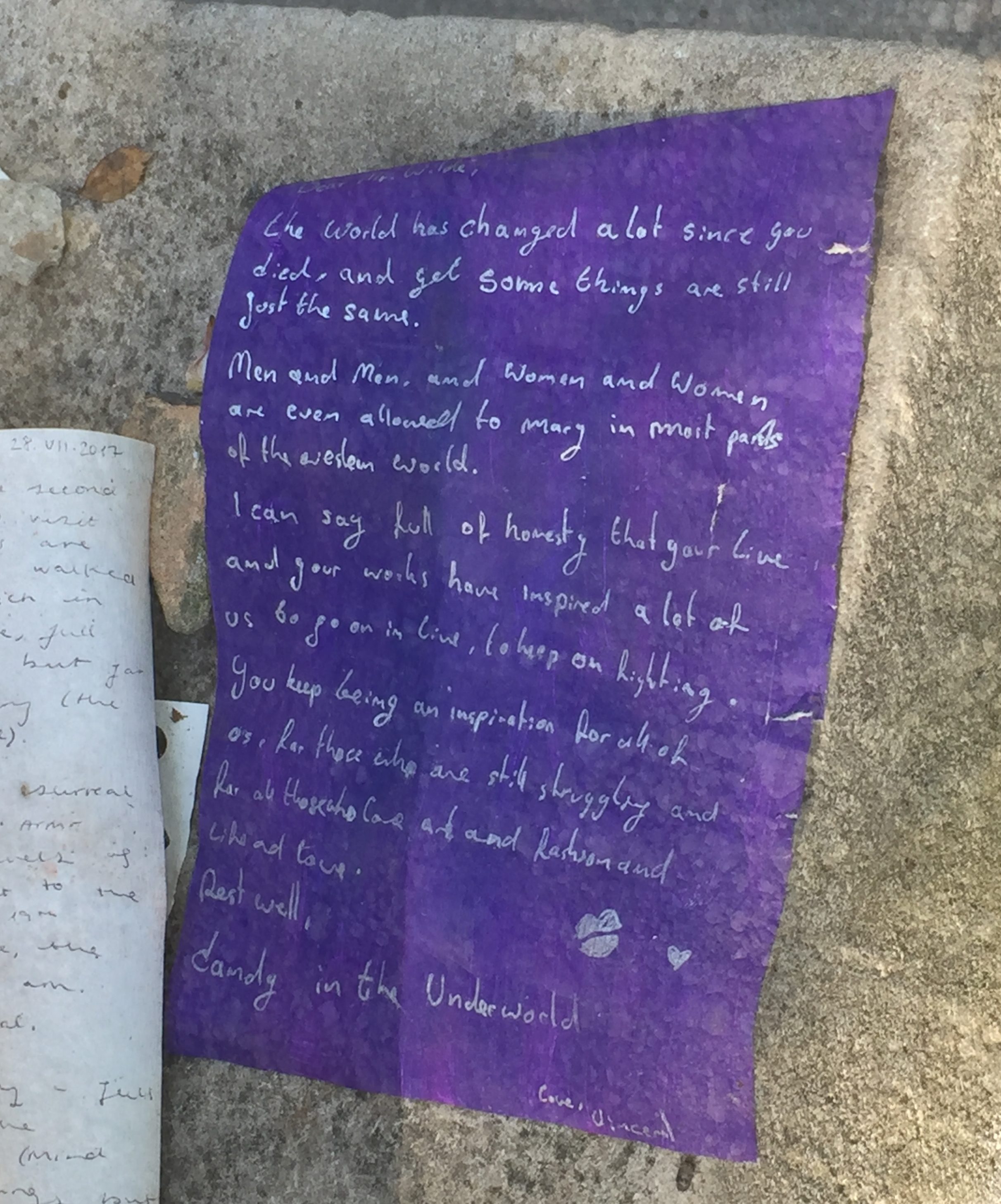 I don’t think I’ve ever loved an artist or had someone I don’t know personally influence my life to the extent I would write them a letter like this. Have you? I feel perhaps I am missing out on a certain type of connection.

And back to Stein for a moment. This week, while my sister and I toured spots where Hemingway, Fitzgerald and the rest of “The Lost Generation” lived, died and drank (and drank and drank…), we stopped at 27 rue de Fleurus. It’s the site of the apartment where Stein and her partner Alice B. Toklas held famed artists salons for over 30 years.

You may also know this street from the movie “Midnight in Paris” (unpopular opinion alert: I don’t like that movie), and there is a plaque commemorating the location. Standing in front of the building we had a bit of a moment realizing how many famed authors, artists and free-thinkers went through those doors and how much the world still revers their marks on culture.

It’s another perk of living in Paris– every walk is an opportunity to learn about history and culture in the shadows of the people who walked the same streets before you.

After a September filled with visiting friends, a break from school, kick-starting my freelance writing career and lots of wine, October will really be back to reality — school, work and continuing to build a life here. Because shockingly, even moving to France doesn’t get rid of bills, insurance forms and stolen Equifax data. I missed that part of “Beauty and the Beast” apparently.