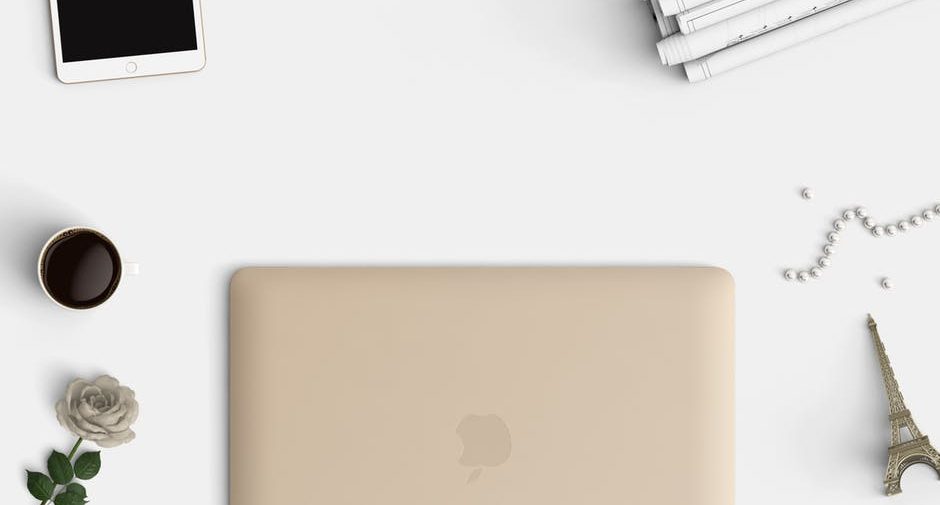 As I learned, bouncing into your new job with your American working style and enthusiasm probably isn’t the best way to proceed. But good news, some of the differences are wonderful!

You’ll need to navigate these inevitable workplace culture distinctions in order to to adjust to your French office and make a good impression on your coworkers. Here’s what you can expect:

1. The Cafeteria is a culture shock

When I first saw the wine in my French company cafeteria, I thought surely no one is actually drinking that. Wrong. It is perfectly normal to enjoy wine or beer with your meal at work in front of everyone. I have also never seen foie gras in an American cafeteria, but voilà it was here around Christmas. 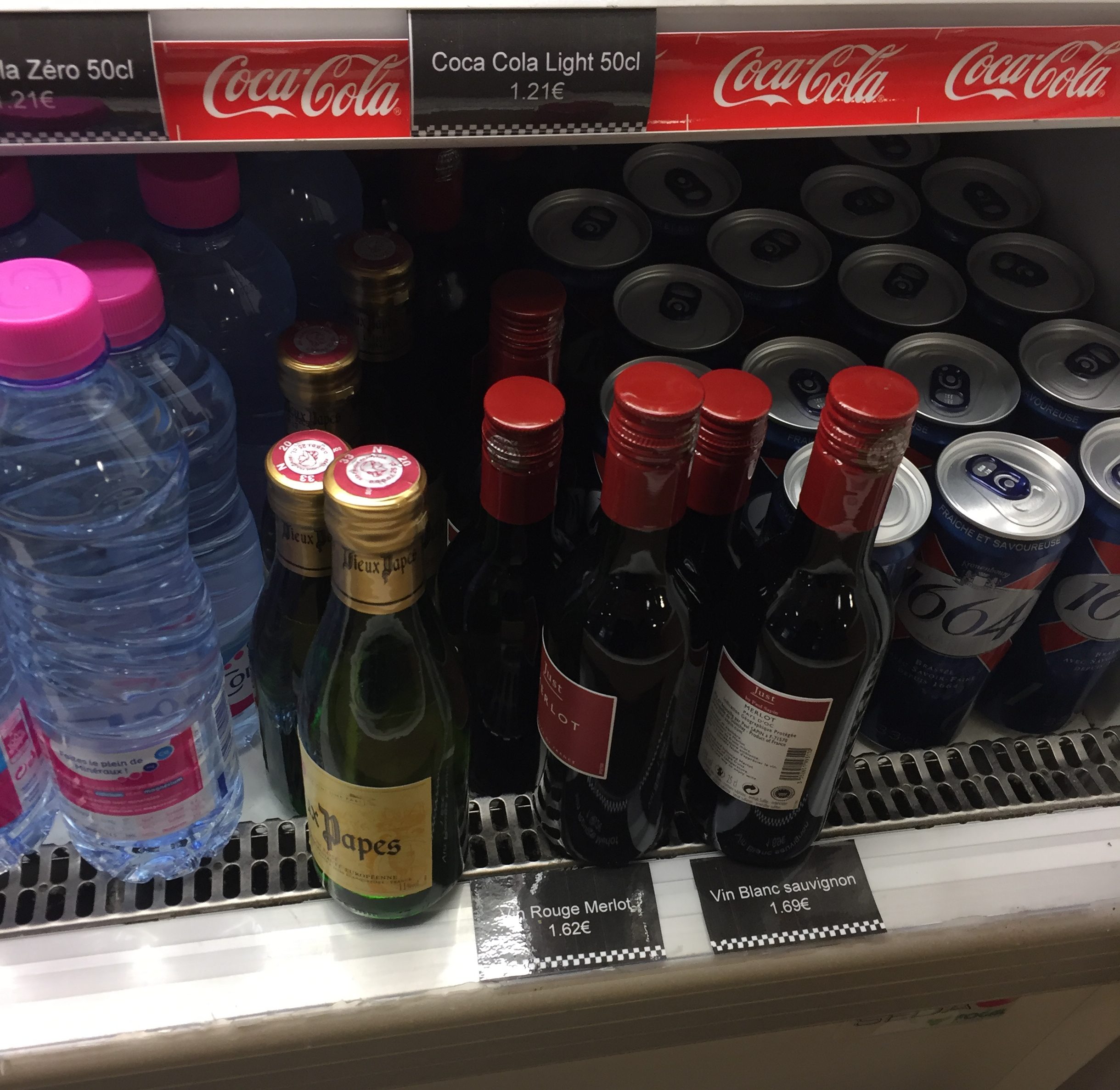 Sometimes French culinary tastes mean you need to be careful about what you order as well. At lunch I once ordered a veau (veal) dish assuming it was just stewed meat. After one very chewy bite, I googled the rest of the dish name —rognons— to discover I was eating kidneys. After expressing surprise to a colleague, I was informed this is a normal dish commonly served to French children at school as well. Can’t imagine American kids eating veal kidneys at lunch.

It’s a phrase commonly thrown around in America, but a concept so rarely actually achieved. The French however, have work-life balance down. This is in no small part due to the government regulating work hours and the cultural importance of vacation and family time.

By law the statutory working week is 35 hours, but that doesn’t mean French people are lazy. Working overtime to meet a deadline happens, but in France productivity is more important than face time. If you have to put in extra hours, that doesn’t make you a harder worker, it means you aren’t able to get your work done as fast as you should.

French people also get five weeks minimum paid vacation time. Culturally they just have more respect for time off and don’t talk about work constantly like many Americans. That’s a change I can get behind.

3. You’re Paid Once a Month

It is normal in France to only be paid once a month, usually near the end of the month. This has been an adjustment for me since in the United States I was paid weekly or bi-weekly and I feel this made budgeting easier. Perhaps French people are all eating ramen noodles in the days before their paycheck comes through, but I’m guessing they are just better with money since they don’t have credit cards or student loans to worry about. 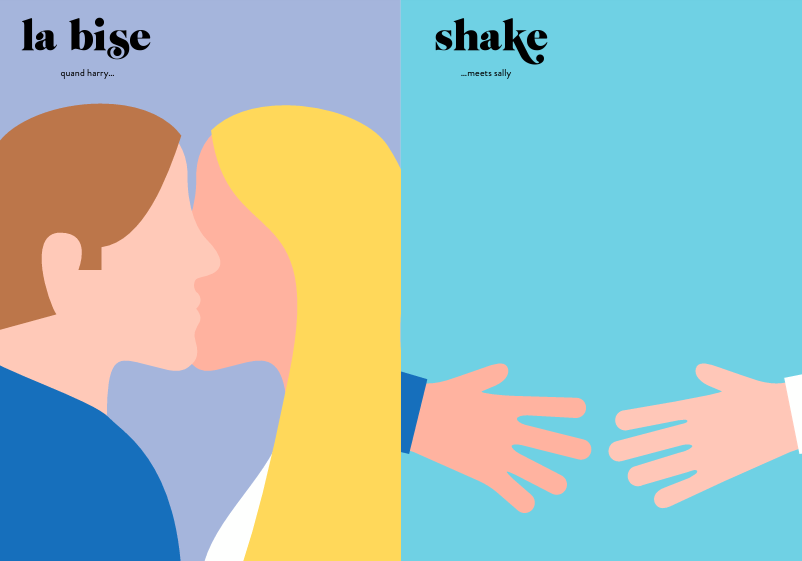 Sure some French coworkers are also friends, but there is more of a line between personal and work life than in America. People are less likely to share details about their spouses, kids or daily updates on how the puppy’s housebreaking is going. And they’re less likely to be asking you the same.

This doesn’t mean they don’t like you, it is just the culture to not open your personal life to everyone. It is uncommon to find family photos on people’s desks, and you aren’t expected to attend your coworker’s birthday parties or baby showers.

Also, while French people love ‘la bise’ to greet each other, cheek kissing isn’t used as a greeting at work unless you are also close friends with your colleague. So be sure to shake hands as you would in America.

In America, I rarely encountered women at work who didn’t wear makeup. French women in general wear less, but I was surprised to see how many women –including women in high-level positions– don’t wear make up on the job. How refreshing.

Don’t equate this with being informal though. French offices don’t have “casual Fridays,” and showing up in a sweatshirt and sneakers is generally a terrible idea.

In 2017, a French law went into effect establishing workers’ “right to disconnect.” Translation: you don’t have to check your emails after work hours. The goal is to keep employees from being overworked, protect their private time and prevent burnout. It isn’t expected that you will be glued to your email, replying anytime of day or night.

This means you shouldn’t expect an immediate response to your emails, which was something I had to get used to coming from NYC. Emails may not be checked until people actually get to the office, and that is accepted. 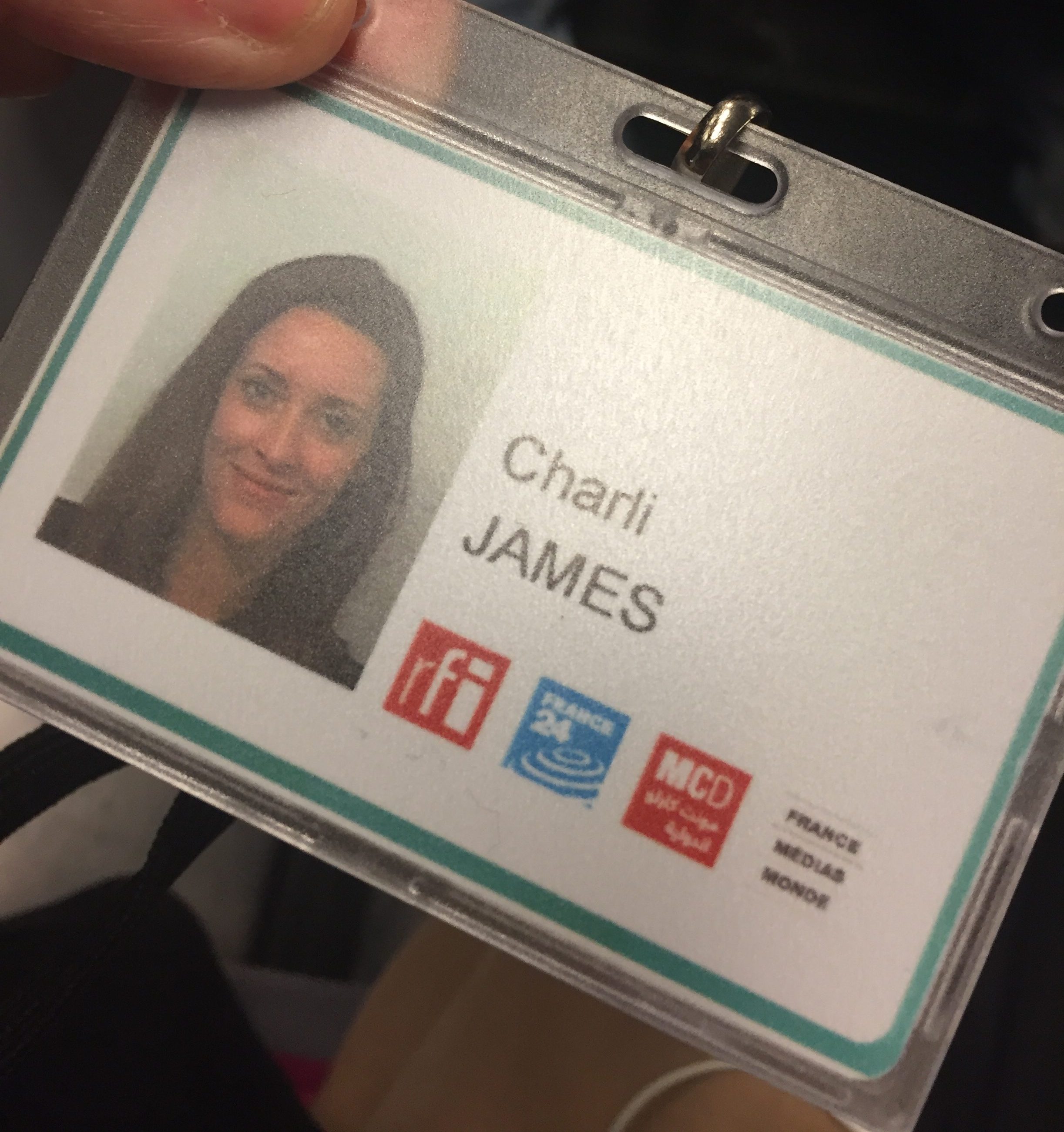 Ask a lot of Americans who they are and they will answer with their profession. In France, few people define their lives or themselves by their job. Work and ambition is important to many French people, but they rarely consider it their most important or interesting quality.

It’s often said that Americans live to work and French work to live. This mentality bleeds into social situations too. It is considered rude to quickly ask what someone does for a living when you meet them, and it isn’t uncommon to spend a whole evening at a party never hearing about a person’s job.

8. Time off for meals

Just as French people don’t approve of eating while in the car or walking, they appreciate taking time away from the desk to focus on meals. Sometimes this is just 20 minutes in the company cafeteria, but others it can be a leisurely two hour lunch with wine. In New York, I ate 95% of my meals at my desk huddled over my computer, as did my coworkers.

Snacks are far less prevalent in French workplaces too, as snacking isn’t really part of the culture. People don’t have drawers full of treats, nor are they munching down chips at their desk. So best to leave that American pastime for when you’re at home.

Also interesting, in France your work meals have to be subsidized. Companies are required to either have a subsidized cafeteria (cantine) or provide meal vouchers called “tickets restos.” Employers pay at least half the cost of the tickets, which are around nine bucks each, and the employee covers the rest. Many restaurants offers meals for the exact cost of the vouchers, and they can often be used at grocery stores as well. 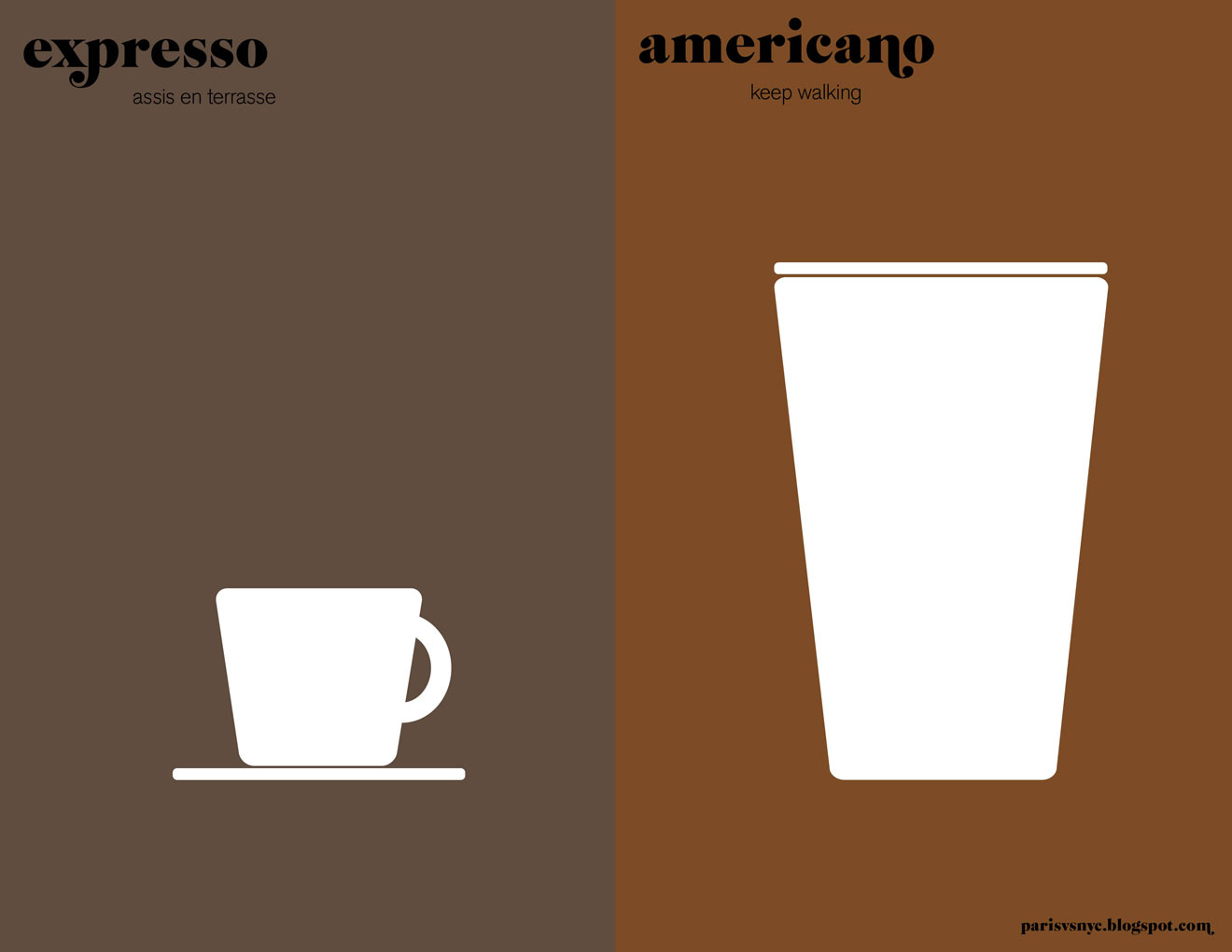 9. Coffee and Cigarette breaks are common

While Americans tend to drink coffee as a way to keep up energy and work harder, the French are having their tiny coffees at work as a way to take a break, clear their heads for a moment and actually enjoy their drink. These frequent coffee breaks are often social opportunities too and taken in groups.

While fewer people smoke in France now than they used to, cigarette breaks are still common as well. There is less of a stigma in France with smoking, so people aren’t sneaking away like they often do in America where being a smoker is looked down upon at work. French people will openly have their lighters on their desks and take smoke breaks together.

10. Dial down the American enthusiasm a bit

Part of the collective American personality is being positive, energetic and friendly. But that overt openness can rub some people the wrong way in France. My advice would be to tone it down a little. Don’t share all the details of your life right off the bat, don’t ask personal questions, don’t invite coworkers to your house quickly and try to listen more than talk at first while you adjust to the French style of working.

In the same vein, don’t get upset or offended when your French coworkers critique your work without sugarcoating it the way we do in the United States. They aren’t being purposefully cruel. This straightforward communication is normal in France and it is not uncommon for colleagues to argue in the office in ways that would seem confrontational to many Americans. After all, the French love a debate.

Did this article help you? Please consider saying thank you and helping keep this blog going.

Filed Under: Immigration + Visa, working in France / travail
Tags: culture, french culture, immigration process, life in france, moving to france, you will never be french
Tips for Moving to Paris from Someone Who Just Did It
Why Getting Married “For Papers” is Actually Incredibly Romantic

24 thoughts on “10 Differences Between French and American Work Cultures”