10 Expats Share Their Biggest Mistakes After Moving to Paris 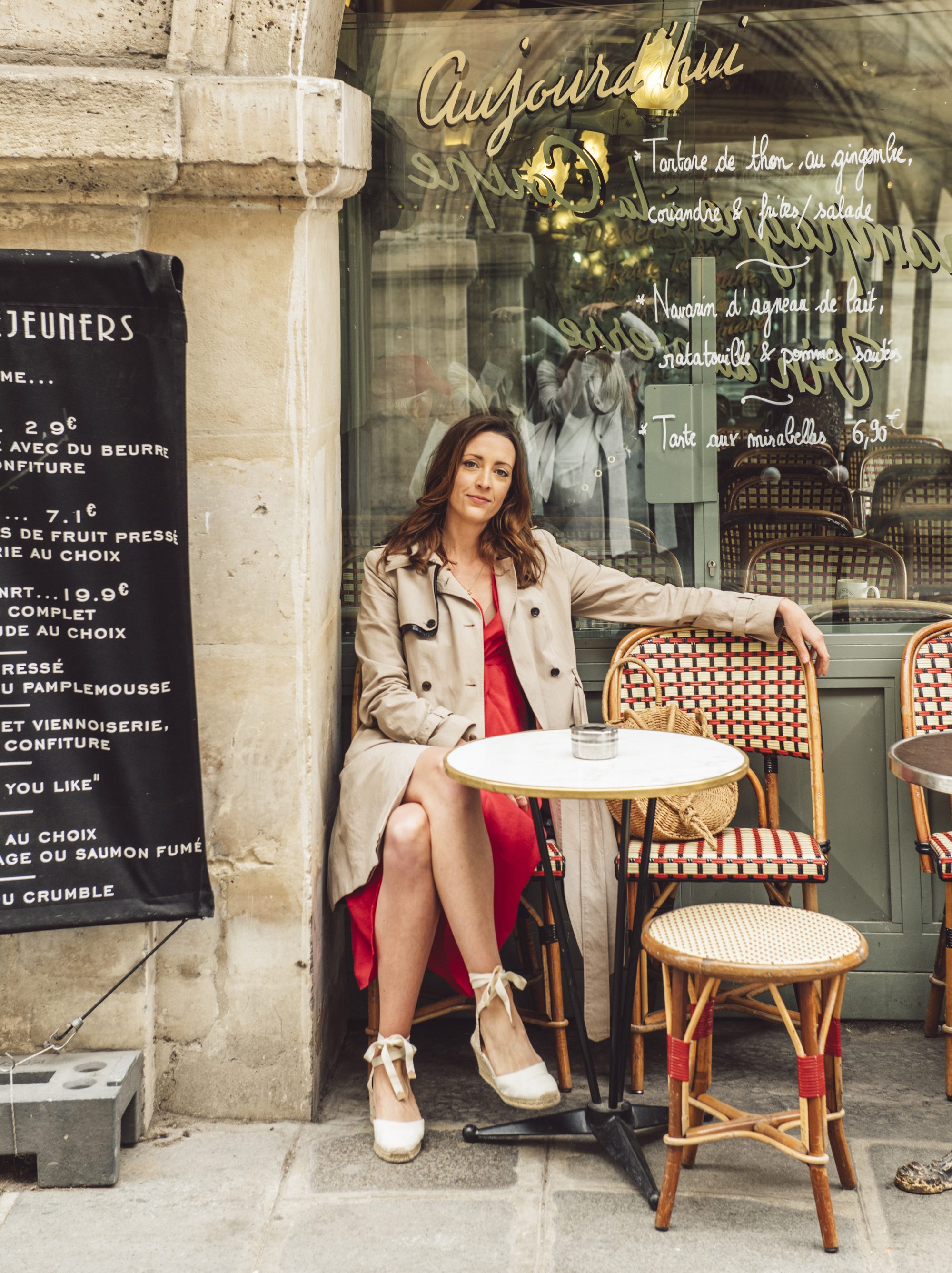 Real stories of moving to the French capital are never quite like the movies (or Instagram) lead you to believe. I just celebrated my two year “Paris-versary” and when I think back to when I first arrived here, I want to laugh at how naive I was! Oh how I wish there had been a guidebook, or someone with experience to give me advice on what was ahead for me.

So I asked my expat friends to share their biggest mistakes, lessons and misconceptions after arriving in Paris. You can live and learn, or you can take it from these foreigners who have “been there, done that” before you.

Rosie McCarthy of “Not Even French“ — New Zealander, moved to Paris in 2013

“A big lesson learned for me coming to Paris is that I should have taken the time to learn the oh-so-common mistakes that one can make in French and can be extremely embarrassing in the wrong context! I have mistakenly told people several times how horny I was feeling (je suis chaude instead of j’ai chaud). When trying to tell a colleague that she was great at something, I accidentally told her that she was good in bed (wow tu es bonne! instead of tu es forte/douée) and, whilst crunching away on an apple, I have even asked my Frenchie if he wanted a penis (tu veux une bite?) in front of a group of friends I was meeting for the first time!

Another huge lesson is that “non” does not always mean “non” and sometimes you need to fight for what you want. When I first arrived, I would begrudgingly accept that the postal workers at La Poste couldn’t possibly find my birthday package that my Mum sent over (even though the tracking number said it was there). Now, I will happily show up as assertively as possible and keep pushing until I hear the “ce n’est pas possible” turn to “ce n’est pas moi qui decide” and then the winning “je vais voir ce qu’on peut faire.” Resilience is everything here!”

Lindsey Tramuta of “Lost in Cheeseland” and author of “The New Paris” — American, moved to Paris in 2006

“I think the most important lesson I learned, and quite quickly, was that it wasn’t up to Parisians to adapt to me but for me to adapt to them and the nuances of living in Paris. I was very young and naive like many Americans who travel abroad and become convinced that a lack of convenience in daily life  — short shop hours, unavailability of some products, busy supermarkets with one cashier working, delivery services— was a symbol of an inefficient and laggard culture. Now it’s clear that America prides gratuitous convenience above all else (late capitalism! Make money whenever and however you can!) and the few lingering inefficiencies in Paris exemplify its humanity. Betterment comes in different forms and it isn’t from having stores open 24 hours a day.”

Erin Ogunkeye, American, lived in Paris during college and moved permanently in 2013

“I gradually learned about the relative inflexibility of the job market here compared to the United States. Back home, I think people are less limited by their studies than they are here in France. In France, if you study journalism, it’s to work as a journalist. If you study law, it’s to be a jurist or a lawyer…and so on and so forth. In the US, I’d always been told to choose my major based on my interest and passions, and that job opportunities would work themselves out naturally. Here, that’s not really the case. It’s relatively difficult to find a career outside of the subjects you studied in school.

Another major misconception I had relates specifically to being an African-American expat. I moved here with the assumption – perhaps the myth – that France was much more advanced in terms of race relations and openness to discussing them than the US. The reality of course is much more nuanced. And for people for whom this is important, it’s difficult to find black doctors, dermatologists, hair dressers, or other professionals of color.”

“As a single women, who upon visiting Paris as a tourist had lots of luck-in-lust, I was surprised to find how difficult it’d be to actually date for real here. Forget the language barrier and generational/societal change in dating tactics (Tinder/Happn/Bumble, etc.)—the real challenge came from trying to decode the French Man’s Intentions. For starters—and this is something I mentioned in an article I wrote for The Cut—they will sooner suggest you meet at the metro than a specific bar. And then, on the complete opposite end, they might suggest you go to their house for dinner or a drink. The former isn’t considered lazy and the latter isn’t considered aggressive. It just is.

You know what else is “normal”? Becoming an item as soon as they kiss you, which can happen without any warning signs or feelings after only one or two dates (metro meet-up, bar rendez-vous, home-cooked meal—whatever!). Unfortunately, I haven’t dated a French man long enough (yet) to go much deeper—and the jury’s still out on if I ever will!—but I definitely realized dating is just as hard wherever in the world you are and learning to accept the “why” is all part of the charm.”

“Moving to Paris, especially as a single person who doesn’t know anyone already, can be a very stressful situation. Trying to meet new people can be tough, especially if you don’t really speak the language. It’s therefore very easy to fall into the typical ‘expat’ trap of panicking and becoming an English tutor or working in bar. If this happens and it isn’t what you want to do, go with it. Build yourself a network of friends and then focus on getting that dream job.

But the biggest thing I learned in Paris? Always value the luxury that is a private bathroom INSIDE your apartment.”

“I remember having this idea that Paris would be an easy place to make friends and to have a big social life where you have a group of friends to enjoy Parisian cafes with. But I ended up having so many expat friends, and after six years I have only two French friends I met in Paris and they are very international since they both lived abroad.

One last thing I wish I knew before moving here is that not all baguettes are equal — what you are looking for is a baguette tradition!”

“What was really hard for me in my first few years here was making friendships with French women. Forming these relationships is very different than with American women, who are more open. French women can come off as cold sometimes, but they are just more reserved and don’t let their guards down easily.

One of my best friends now found me too American when she first met me, and it took a long time of slowly developing our friendship to get to the point where we are now. Don’t be too enthusiastic at first and expect friendships to click and become super close super fast the way they can with Americans where you are sharing and confiding quickly. I would say it takes five years for someone to consider you a close, intimate friend here. I still operate differently in my friendships with French girlfriends than I do with my American friends.”

“I’d say my personal biggest misconception about moving to Paris was that it would merely be a short-term experience! We have just celebrated our 8 year “Paris-versary” and that’s because Paris spoils its inhabitants with beauty and lots of butter!”

“Don’t take it personally if people speak to you in English. I used to be really sensitive about people switching into English the moment they sensed my accent or learned I was American. It felt like both an insult to my French and a reminder that I was an outsider. But once I’d lived in Paris for several years and it STILL happened from time to time, I came to realize that when people speak English to foreigners who speak French it almost always has more to do with them. Sometimes they want to show off, sometimes it’s a power play, and sometimes they’re just genuinely trying to connect. (And sometimes they themselves come from countries like Afghanistan or Sri Lanka where they speak more English than French!) It can still feel agitating, but know that it happens to all of us and it’s not necessarily a commentary on your French or your right to call Paris home.

And on a practical note, never use the numbers for locksmiths or plumbers listed on the fliers that will get put in your mailbox! Scam home repair services are a big problem.”

Now that you’ve heard from my friends, I’ll share my own advice!

I always tell people that it is so important to manage expectations when moving to Paris — for how quick your adjustment and language process will be, and for what life in Paris will really be like. If you go in thinking it will all be baguettes and wine on the terrace, and you’ll speak French fluently in three months, you are setting yourself up for a lot of disappointment. But if you start with the understanding that there will be really difficult days in addition to the wonderful ones, you will be more emotionally prepared and the tough moments won’t sting as much.

I thought I had prepared myself enough, and that living in NYC had made me resilient to pretty much anything Paris could throw at me. But I still have days I cry because I couldn’t properly express myself in French, or I miss my friends back in the States. It gets easier after the first year and I’ve learned to not take the mistakes so much to heart. It is true that Paris is worth it and I wouldn’t change my decision to move here, but the city doesn’t always make the process easy on you.

If you’re looking for more advice on adjusting to life in France, I have many more tips here: Expat Spouse Integration: Successfully adjust abroad with your partner

Share your biggest Paris lesson learned in the comments below!