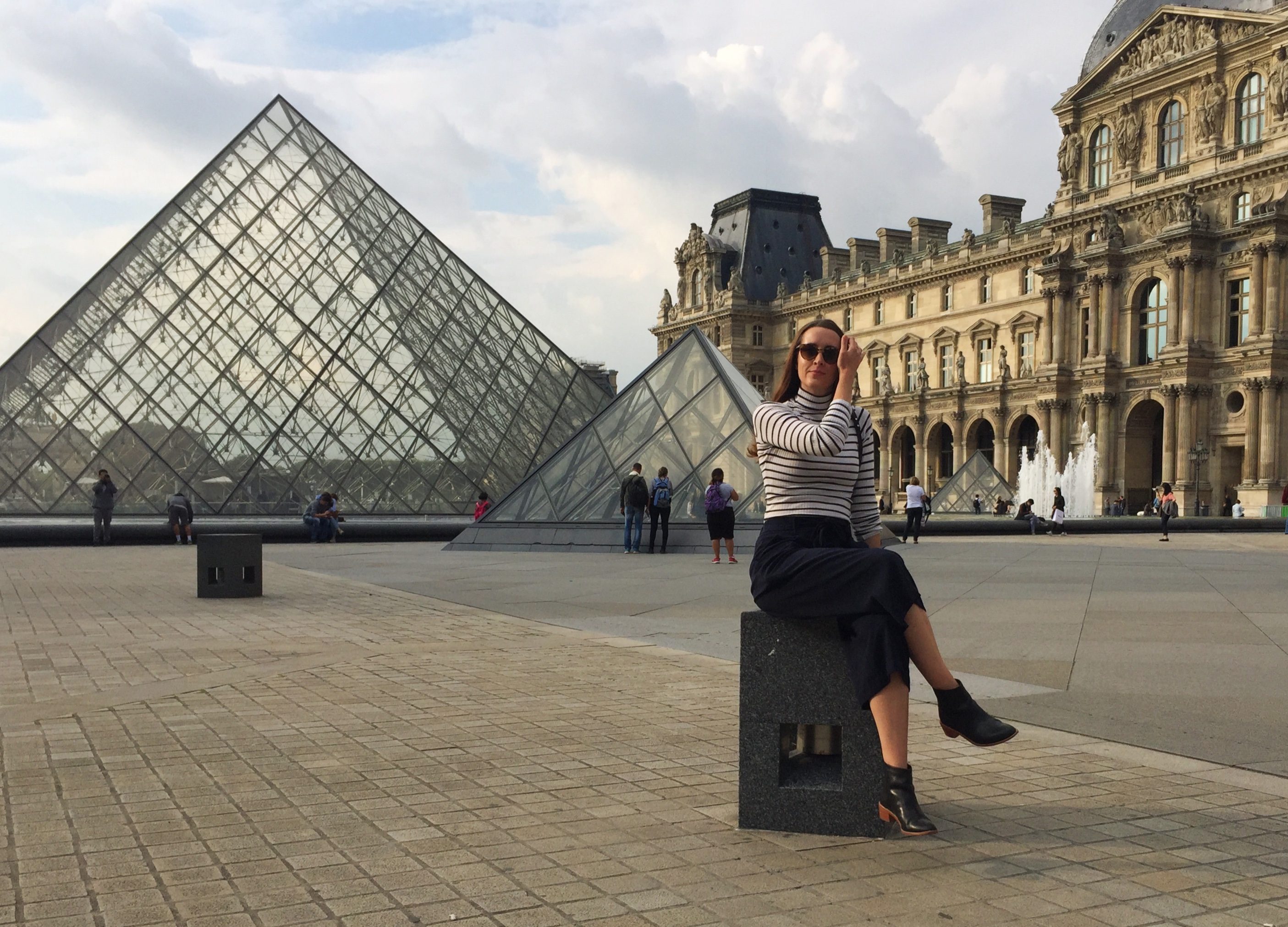 As autumn took over Paris, my honeymoon period with the city continued. Five months in I’m still charmed by this city daily. But building a complete life is taking longer than I expected before boarding the plane in New York. Newsflash: It takes much more than a few months to make a new life for yourself.

How Long Can You Wait?

One of the things I love about French living has morphed into one of my biggest frustrations. The less hectic way of life was definitely a draw for us moving here — the way French people really enjoy living and value leisure and time off. It’s not all about work and counting down to your next vacation the way life in New York City could so often feel. This is all great until you encounter the job search process.

I naively thought finding a job in France would be similar to finding a job in New York. When I’m ready, I send out resumes, make some calls, do some interviews and I’ll be working in a month! Yes, I have language and networking issues I didn’t have in NYC, but nothing I can’t overcome, right? Well, I didn’t know about the French waiting game. 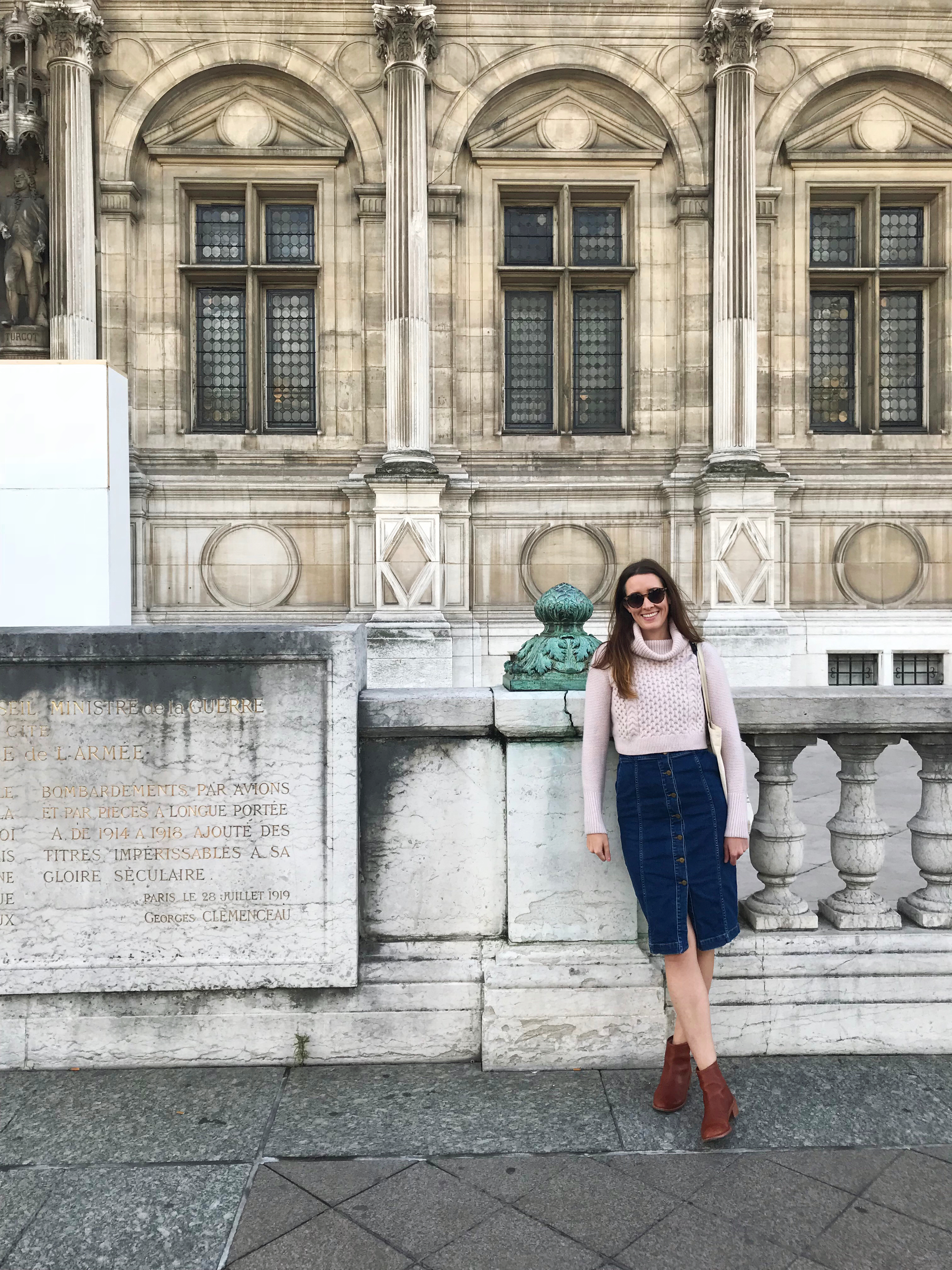 There isn’t the level of urgency here that even going to the bodega seems to have in New York. Is this a good thing? Usually. But not when you are waiting to hear back about your last interview. I’m already an impatient person and the waiting game here is killing me.

In France you have to give three months notice when you leave a job. And it is basically impossible to be fired once you are hired here because worker protections are very strong. So understandably companies in France are very careful about hiring. It isn’t abnormal to wait a MONTH to get an answer as to whether or not your interview process will continue. It isn’t abnormal for it to take six months or longer to land a position.

In hindsight, I wish I had started the job search process earlier. I took the summer to focus on school and getting to know my new home. It was wonderful, but if I had known about the French waiting game, I could have jump-started this process earlier and saved myself some frustration. So a word of advice to those following in my footsteps: Start job hunting ASAP. Ideally before you even get here. 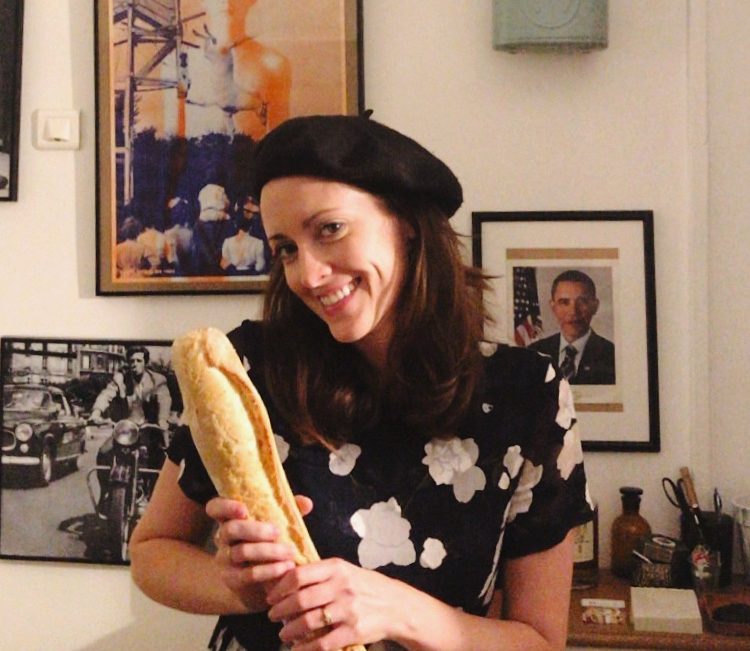 A lot of people seemed to like the “Wins and Losses” section in the last dispatch, so I’m bringing it back. Here are my victories and defeats over the past month:

I have a confession: I’m already hooked on socialism. After three months of residency, I was entitled to national French health coverage which pays for 70% of medical costs (and 100% of maternity and infant care). So I can get hit by a car and not go bankrupt, which is a lovely perk of European life. Thanks French government! (And my husband for doing most of the administrative leg work).

Strikes are a way of life in France. That’s all fine and dandy until you’re stuck at an airport in Corsica indefinitely because air traffic controllers are pissed at proposed work policy reforms and decide to slow down the number of flights able to take off and land at Paris airports. I missed my first French class because I got home six hours late. The upside? Because it is so common in France, it is also a well-accepted excuse.

An apéro is a beloved French pre-dinner social gathering that doesn’t have a direct equivalent in America. It’s usually a handful of friends coming to someone’s place to enjoy conversation, drinks and snacks, and the offerings can range from just olives and a glass of wine to a full on cocktail party spread. An apéro is usually at the same time as happy hour, but don’t call it that (I made that mistake already).

I’ve been to plenty of apéros, and assisted in my husband planning ones, but decided I was ready to host my own. So I slapped on a beret (why not?) and set up an apéro for two of my girlfriends. I stressed a bit over choosing the food and wine, but in the end my husband’s only constrictive critique was that I should have bought more than one cheese (apparently cheese diversity is important). Despite the single cheese, the conversation lasted far beyond traditional apéro hours, so I’m calling it a success! 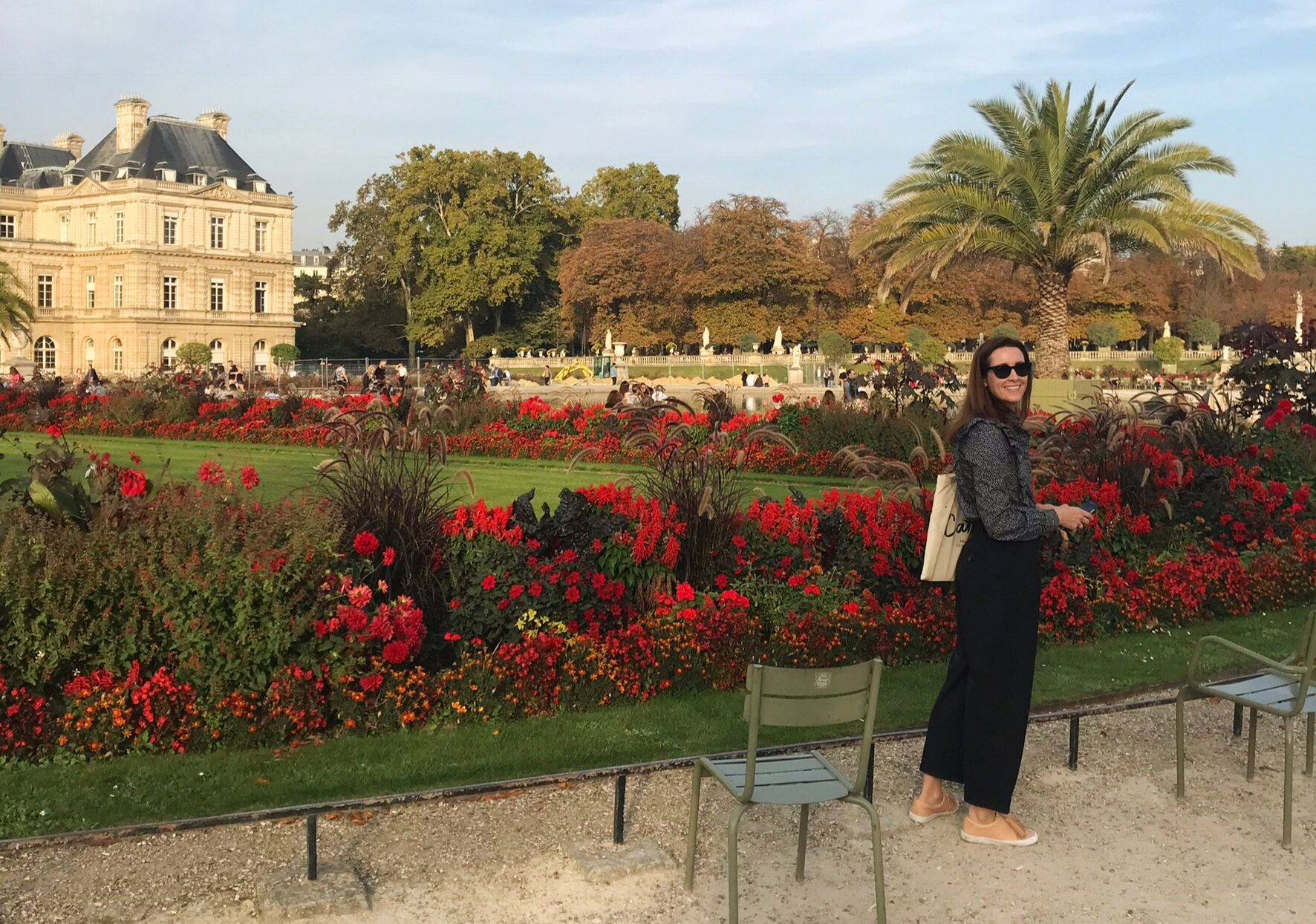 As with my doctor appointments, I wanted to wait until I could go back to NYC to get a haircut. I didn’t feel comfortable enough with my French to navigate hair lingo yet. Mess that up and you live with it for a long time. But when I landed my first job interview, I knew I couldn’t show up with my hippie hair I’d grown over the summer. So I sucked it up, found a well-rated salon and made an appointment over the phone.

Lo and behold, I show up at the salon the evening before my interview and my reservation didn’t exist. I wasn’t even in the system. French fail. Thankfully, the great staff stayed late to accommodate me and my hair looked great, but it definitely stung that I wasn’t able to properly make an appointment this time.

Win: Getting into both French classes I wanted

In early October I had to take new placements tests to qualify for my B1 level language classes– one standard course and one oral workshop. I was sweating it, especially the oral tests. I had a lot of visitors in September, so I spent a lot of time speaking English. The Paris government classes are also competitive to place into because of the demand, and if I didn’t pass the tests I wouldn’t get a spot in the program at all.

But I had a new strategy. I’ve figured out that half of speaking French is your attitude. Even if what you’re saying isn’t perfect, if you act like you are confident and know what you’re doing, people feel like you’re better than you are. So I spoke my crappy French with the demeanor of a French movie star. I know I wasn’t perfect by a long shot, but my strategy seemed to work. I got into both my classes.

The more I fill my head with French, I feel like English is leaking out a little. The other day I couldn’t figure out how to spell February, the month of my birth. I find myself searching for words I never struggled to call to mind before. Apparently this is normal when studying a foreign language intensively, but it is very bizarre. 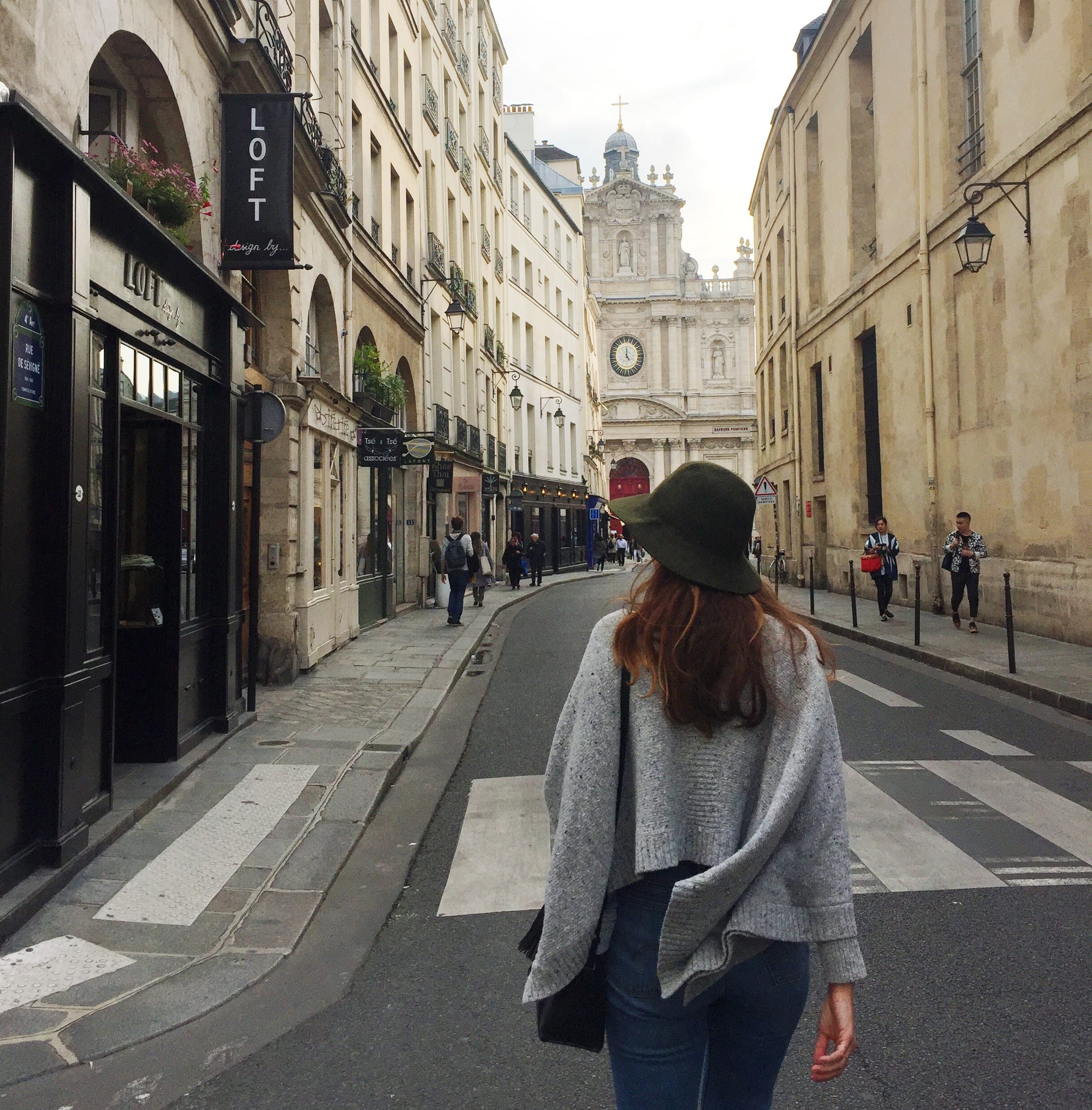 Breakthroughs with the French Language

I’m by no means fluent (if that is even a thing) in French yet, but particularly in the last month I’ve started to feel a real difference with my language progress. I can make it through entire evenings in French — understanding the majority of the conversation and even participating a bit with opinions and interjections.

My comprehension is still much better than my speaking skills, and I continue to feel dumb when I talk in French. But when I think back to five months ago when I had a lot of difficulty understanding people and was nervous going to the supermarket alone, I have to say am I damn proud of myself. I still have a lot of progress to go, and working in French is realistically a year or so away, but I never in my life thought I would speak a foreign language even at this level. So I’m not afraid to say I’m patting myself on the back. 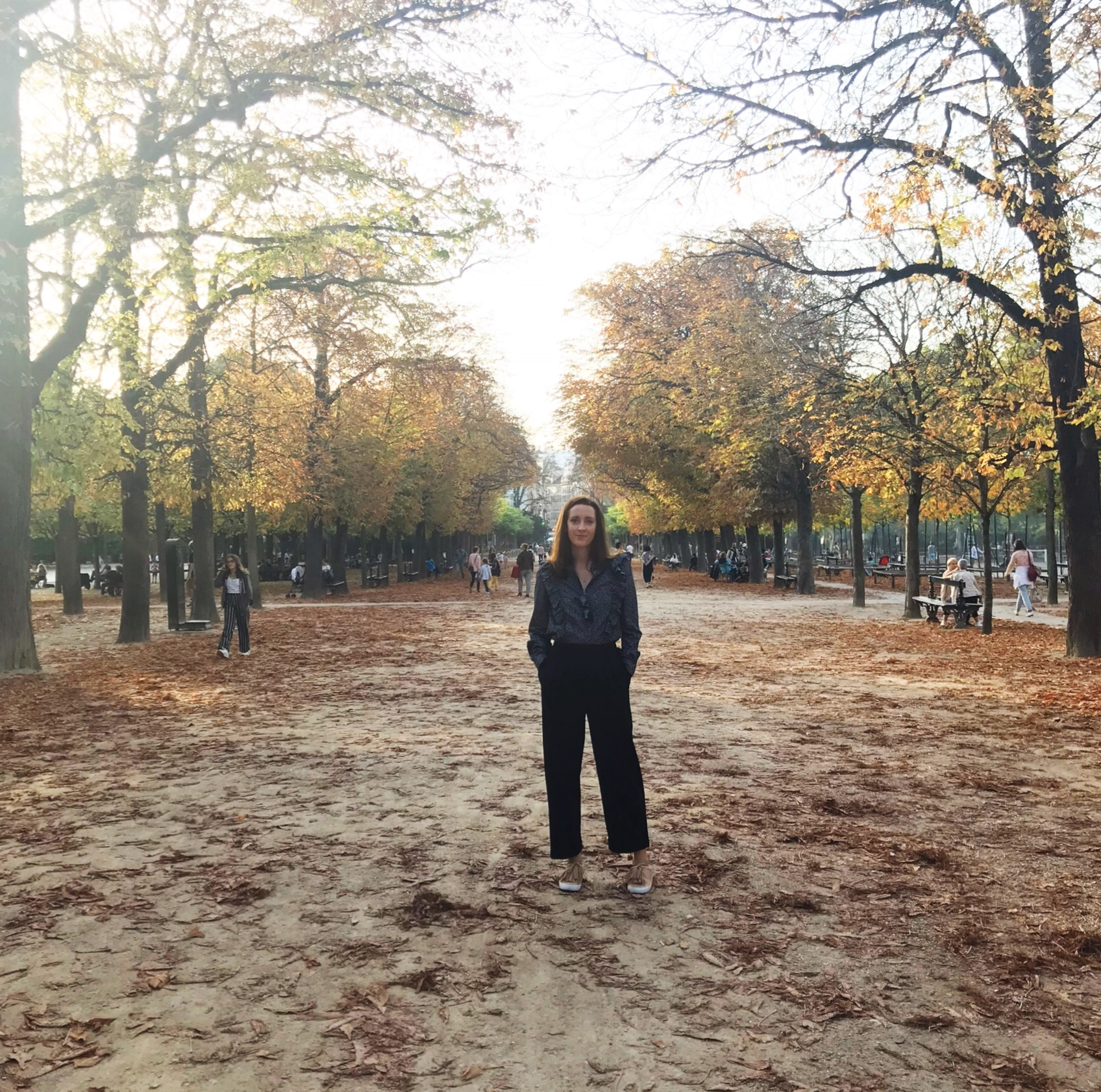 French people don’t do Halloween and of course Thanksgiving is an American holiday, so the “autumn spirit” so ubiquitous in the U.S. isn’t a thing here. There are no mini pumpkins or hay bales scattered about shops or pumpkin spiced anything in the restaurants. My husband had never seen candy corn until I showed him a picture last month and he asked if it was a food or decoration. This made me disproportionately sad.

As October rolled around, I encountered my first case of longing for America. Wearing cozy sweaters, drinking apple cider, carving a jack-o-lantern, leaf peeping and apple picking are more than activities — it is an overall sentiment and a gateway into the Christmas season. I am missing this in France. Between back to school and Christmas is just regular life here. Over Thanksgiving I will have to make up for it by stuffing three months of fall coziness into one week.

In two weeks we will make our first return to America. I’m a little nervous. I want to enjoy the trip, but I don’t want to miss New York City too much. I’m not sure how it will feel to be back in my native country for the first time since adopting France as my new home. But I am also very thankful I get to spend Thanksgiving back with my family and friends, especially since Thanksgiving doesn’t exist in my new country. Will let you know how it goes in the next dispatch.