Just as Americans are enamored with Paris, French people also look at New York with awe. So I’m often asked to compare my current and former home. The differences are deeper than just choosing bagels or baguettes.

I lived in NYC for over 10 years, and for a long time thought I’d never leave. But then, Paris beckoned. Much has been made of contrasting the two major cities, and I’m going to go ahead and share my answers to the questions I’m most commonly asked about life in Paris versus in New York. 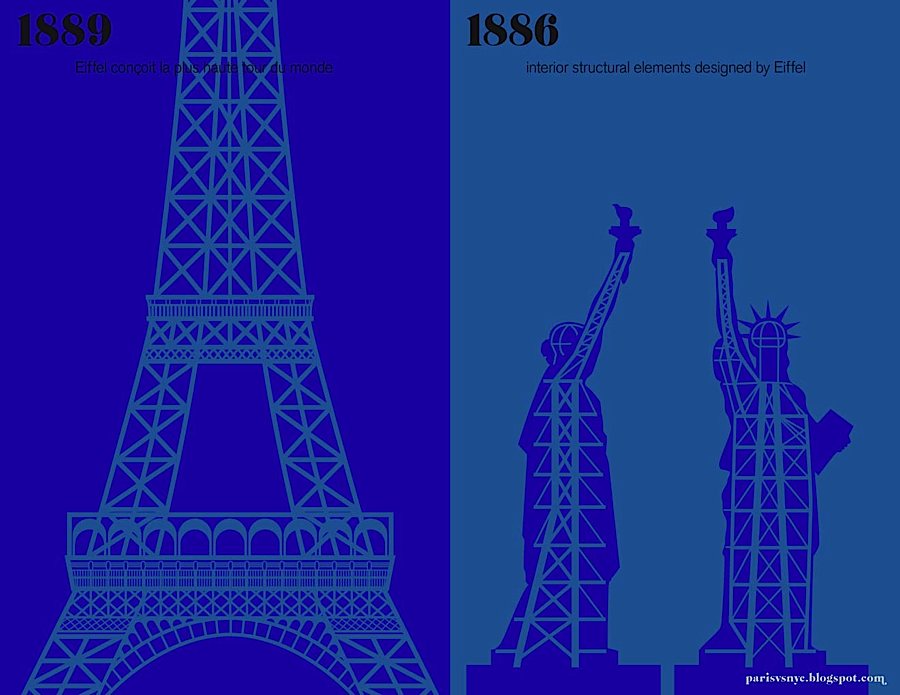 Q: Is it harder to live in NYC or Paris?

If all things were equal in terms of language and immigration status, I would definitely say daily life in New York is harder.

NYC is much more expensive than Paris (though you do get paid more), you work all the time and the grind of the metro and pizza rats and crazy people exposing themselves to you wears you down. Paris can be crowded, Paris can smell sometimes and Paris definitely has rats (some who cook), but compared to The Big Apple there is no question life is a little easier in the City of Lights.

As an American living in France, as with any expat situation, there are difficulties for me in Paris that I wouldn’t ever face in NYC: Language, culture, shortage of 24-hour restaurants and general lack of large coffees. But I manage thanks to very cheap wine and baguettes.

Q: What are the big lifestyle differences?

Paris and New York are both world class for culture. And the way of life actually isn’t that different. You don’t need a car, people come visit a lot, and you can go out to eat in a different place every night for a year if you wanted. I think my lifestyle would be more different in Houston or Portland than here.

Except Paris is in France, so obviously it is super French. There are things that are normal for them that for me as an American are odd– such as eating omelets for dinner, not talking about work at parties, and everyone having the right to healthcare.

For real though, French culture does seep into your lifestyle in some ways. Work-Life balance is an actual thing here, not just an HR catchphrase. People like to entertain at home a lot more. And while people enjoy drinking, they aren’t getting blackout drunk every weekend. They drink for pleasure not for stress relief.

I would say life is a little more exciting in NYC, in that way where you go out at night and never know what will happen or what celebrity you could end up partying with. But daily life, besides being in French, isn’t that different in Paris as in New York. 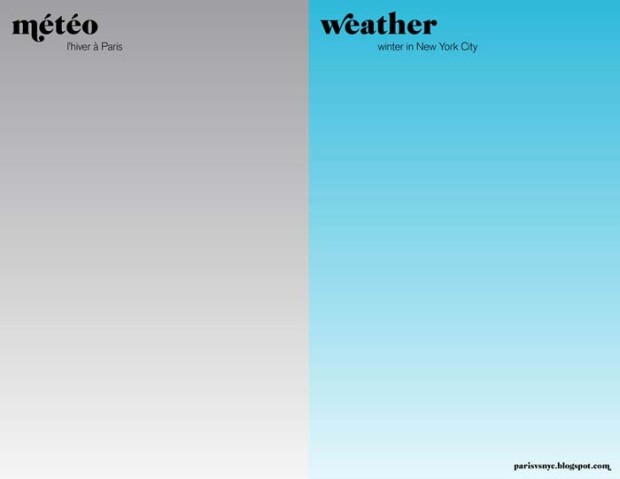 Q: How are the people different?

I love people who move to New York. They go there because they have something to prove and the difficulty weeds out the weaklings. The song lyric is true: If you can make it there you can make it anywhere.

If you can make it in Paris you aren’t necessarily that tough. Paris is really the only option in France for “big city living.”

NYC is a truly global city, with people living there from all over the world and bringing their languages and cultures along. Paris is very French. Yes there are immigrant communities, but the city doesn’t feel like a melting pot, it just feels French.

French people are different, but not aliens. It takes longer to get them out of their shells than Americans who are your besties after one conversation. But once you do, they are just like any other people, and in general very loyal friends. Despite being married to one, I admittedly still have a lot to learn about French people. But anyone who travels knows people aren’t actually all that different no matter where they live.

If I had the kind of money it takes to live a truly comfortable life in NYC, I’d never leave. But in the real world, I prefer to live in Paris and visit New York once or twice a year.

Your money goes further, the way of life means more enjoying your life, and Paris is a spectacularly beautiful city. I also love having the ability to hop in a car and be in a new part of France with different cuisine and customs within two hours. Or hop a plane and be in an entirely new country in that time. I love how society views healthcare, maternity leave, childcare and vacation as basic human rights that everyone should have and help make possible.

For a 20-something with something to prove there is no better place in the world than NYC. For someone who actually wants to enjoy the life they built, Paris is where it’s at.

Q: Which city has better food?

New York, for the diversity.

Paris obviously has amazing French food, and you can happily spend years discovering the splendor of French cuisine. But Paris is a less ethnically diverse city than New York or London and that affects the food offerings unfortunately. French people also don’t enjoy spicy food that much, so sometimes dishes that should have a real kick are just a tap instead.

Paris does win when it comes to the availability and quality of ingredients however. Being able to get excellent produce, bread and meats without breaking the bank is nearly impossible in New York and some neighborhoods are still food deserts. In Paris high-quality food is available at every market.

But for inventiveness and the range of cuisines from around the world, it’s got to be NYC. I miss good Mexican food a lot in Paris.

Q: Where are people more rude?

They aren’t rude in either. You’re just an annoying tourist.

That answer is courtesy of the New Yorker still inside me, even in Paris.

Enjoy this article? Help support this blog and keep the writing coming!

11 thoughts on “Life in Paris vs New York City”